Stephen Wilson Bethel (born February 24, 1984) is an American actor. He is known for his roles as Wade Kinsella on Hart of Dixie, as Ryder Callahan on the CBS daytime soap opera The Young and the Restless, and as Agent Benjamin “Dex” Poindexter on the Netflix original series Daredevil. He is also the star and creator of the web series Stupid Hype on the CW's new online platform CWD (CW Digital Studio).

Before The Young and the Restless, Bethel had been seen on television in various one-time roles on shows such as JAG, Cold Case, and NCIS. Those small parts were followed up by a role in the 2008 Vietnam War film, 1968 Tunnel Rats where he played the Army Special Ops soldier, Corporal Green. This was followed by his role as Corporal Evan "Q-Tip" Stafford in the 2008 HBO mini-series Generation Kill; Bethel appeared in all seven episodes as well as the HBO documentary short Making Generation Kill.

In 2018, he joined the cast of Daredevil as Benjamin Poindexter / Bullseye. 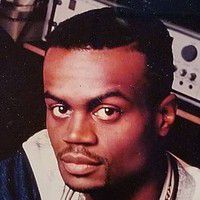