Born in Baillieston, Lanarkshire, Reid began his senior career in 1903 with Morton, whom he joined from Baillieston Thistle. He scored nineteen league goals in two seasons before a move to Third Lanark in April 1906 and playing in their Scottish Cup final defeat to Hearts later that month. A transfer to Motherwell followed, where he scored 32 times in just over a year before a brief spell in England with Portsmouth.

Reid returned to Scotland in April 1909 when signed by Rangers, where he won three league titles in eleven seasons. He was the club's top scorer for six consecutive seasons, between 1910 and 1916. He received all his caps for Scottish national side while with Rangers. Reid made his Scotland debut in a 2–2 draw with Wales in 1911 and earned his last cap three years later, against England. Reid also represented the Scottish League XI.

His football career was interrupted by the First World War, during which Reid served as a gunner in the Royal Field Artillery 52nd Lowland Division.

In 1920 Reid moved to Albion Rovers as player-manager, where he finished his playing career with 36 league goals for the club. He held the role of secretary/manager with Albion Rovers' before becoming Dundee United manager in 1931. Reid was unable to keep United up following their promotion and left in 1934 with the club in financial trouble. It was his final post in senior football.

Reid remains the fourth top goalscorer of all-time in the Scottish top flight with 275 goals. Of these goals, 188 were scored during his time at Rangers. 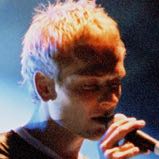