William VII (born Peter, Pierre-Guillaume) (1023 – autumn 1058), called the Eagle (Aigret) or the Bold (le Hardi), was the duke of Aquitaine and count of Poitou (as William V) between 1039 and his death, following his half-brother Odo.

William was the third son of William V of Aquitaine, the eldest by his third wife, Agnes of Burgundy. He was brother-in-law of the Holy Roman Emperor Henry III, who married his sister Agnes. His mother remarried to Geoffrey Martel, Count of Anjou, during his reign. William won his patrimony in a war with his half-brother Odo, who was killed in battle at Mauzé. He did not, however, succeed in occupying Gascony.

Geoffrey Martel refused to concede to him the territories gained in the reigns of his predecessors. William set to work regaining his patrimony by force of arms. He was besieging Geoffrey in Saumur when he died of dysentery.

He was married to Ermesinde, of unknown origins. Two daughters have been hypothesized to be children of this couple:

The contents of this page are sourced from Wikipedia article on 26 Mar 2020. The contents are available under the CC BY-SA 4.0 license.
comments so far.
Comments
From our partners
Sponsored

French and Armenian singer and diplomat 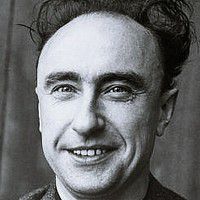