William the Great (French: Guillaume le Grand; 969 – 31 January 1030) was duke of Aquitaine (as William V) and count of Poitou (as William II or III) from 990 until his death. Upon the death of the emperor Henry II, he was offered the kingdom of Italy but eventually declined to contest the title against Conrad II.

He was the son and successor of William IV by his wife Emma of Blois, daughter of Theobald I of Blois. He seems to have taken after his formidable mother, who ruled Aquitaine as regent until 1004. He was a friend to Bishop Fulbert of Chartres, who found in him another Maecenas, and founded a cathedral school at Poitiers. He himself was very well educated, a collector of books, and turned the prosperous court of Aquitaine into the learning centre of Southern France.

Though a cultivated prince, he was a failure in the field. He called in the aid of his suzerain Robert II of France in subduing his vassal, Boso of La Marche. Together, they yet failed. Eventually, Boso was chased from the duchy. He had to contain the Vikings who yearly threatened his coast, but in 1006, he was defeated by Viking invaders. He lost the Loudunais and Mirebalais to Fulk Nerra, count of Anjou. He had to give up Confolens, Ruffec, and Chabanais to compensate William II of Angoulême, but Fulbert negotiated a treaty (1020) outlining the reciprocal obligations of vassal and suzerain.

However, his court was a centre of artistic endeavour and he its surest patron. His piety and culture brought peace to his vast feudum and he tried to stem the tide of feudal warfare then destroying the unity of many European nations by supporting the current Peace and Truce of God movements initiated by Pope and Church. He founded Maillezais Abbey (1010) and Bourgueil Abbey. He rebuilt the cathedral and many other religious structures in Poitiers after a fire. He travelled widely in Europe, annually visiting Rome or Spain as a pilgrim. Everywhere he was greeted with royal pomp. His court was of an international flavour, receiving ambassadors from the Emperor Henry II, Alfonso V of León, Canute the Great, and even his suzerain, Robert of France.

Upon the death of Henry II without an obvious heir, some of the nobles of the kingdom of Italy looked for a separate candidate to elect rather than maintain their union with Germany by accepting its election of Conrad II. An embassy led by Ulric Manfred, the marquis of Susa, came to France in 1024 and remained for a year, attempting to interest Robert's son Hugh Magnus and then (after Robert's refusal to permit this) William, whose character and court impressed many. William considered the proposal seriously but, upon visiting Italy himself, he found the political situation so unfavorable that he renounced the crown for himself and his heirs. Most of his surviving six letters deal with the Italian proposal.

His reign ended in peace and he died on the last (or second to last) day of January 1030 at Maillezais, which he founded and where he is buried.

The principal source of his reign is the panegyric of Adhemar of Chabannes.

He was married at least 3 times. His first wife was Adalemode of Limoges, widow of Adalbert I of La Marche. They had one son:

His second wife was Sancha of Gascony (or Brisa/Prisca), daughter of Duke William II Sánchez of Gascony and sister of Duke Sancho VI William. She was dead by 1018. They had two sons and a daughter:

His third wife was Agnes of Burgundy, daughter of Otto-William, Duke of Burgundy. Her second husband was Geoffrey II of Anjou. They had two sons and a daughter also: 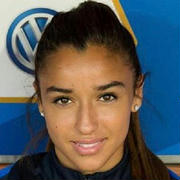