William Tans'ur (or Tansur, Tanzer, Letansur) (6 November 1706, Dunchurch – 7 October 1783, St. Neots) was an English hymn-writer, composer of West gallery music, and teacher of music. His output includes approximately a hundred hymn tunes and psalm settings and a Te Deum. His manual A New Musical Grammar (1746) was still popular in the nineteenth century.

Tans'ur was born in Dunchurch, Warwickshire to Edward Tanzer, a labourer, and Joan Alibone. In 1730 he married Elizabeth Butler and moved to Ewell, near Epsom. They had at least two sons. He taught psalmody in various places in the south-east of England, before moving to St Neots in Cambridgeshire, where he worked as a bookseller and music teacher, and spent the last forty years of his life.

The unorthodox harmonic idiom of the First New England School of choral composers shows the influence of English composers such as Tans'ur and Aaron Williams:

For the most part the Yankee composer's source of information about harmonic practices derived from the music and writings on music of such comparatively unskilled English composers as William Tans'ur (1706-1783) and Aaron Williams (1731-1776), who were themselves somewhat outside the mainstream of European sacred music. Many of the traits that may be thought unique to American psalmodists in fact characterize the compositions of their British cousins too.

In particular, "it is clear that [William Billings] had studied the works of English psalmodists such as William Tansur and Aaron Williams." 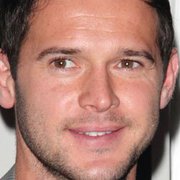