William Saletan is a writer and the national correspondent at Slate.com.

William Saletan, an Ashkenazi Jewish native of Texas, graduated from Harvard University in 1987.

In 2004, he wrote the book Bearing Right: How Conservatives Won the Abortion War.

In a series initially posted on November 18, 2007 on Slate.com, Saletan assessed the relationship between race and intelligence, specifically the question of whether race is a genetically determining factor in intelligence. He ultimately did not discount the hypothesis that it is, concluding: "When I look at all the data, studies, and arguments, I see a prima facie case for partial genetic influence." Counterarguments were subsequently published by Richard Nisbett in The New York Times, Stephen Metcalf in Slate and Malcolm Gladwell in The New Yorker. Saletan's fourth entry in his series on race, IQ and equality, entitled "Regrets", acknowledged overlooking ties between one of his primary sources, J. Philippe Rushton, and advocates of white supremacy, saying, "I was negligent in failing to research and report this." 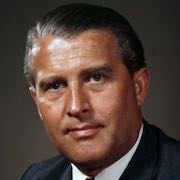