William Samuel Waithman Ruschenberger, M.D. (4 September 1807 in Cumberland County, New Jersey – 24 March 1895 in Philadelphia, Pennsylvania) was a surgeon for the United States Navy, a naturalist, and an author.

After attending schools in Philadelphia and New York he entered the Navy as surgeon's mate, 10 August 1826. He graduated from the medical department of the University of Pennsylvania in 1830, and was commissioned surgeon, 4 April 1831. He wrote several works based on his service in the Pacific and along the coast of South America. He was a contributor to Samuel George Morton's work on the "science" of race. He dedicated A Voyage Around the World to Morton and in return Morton dedicated his Crania Americana to Ruschenberger. He commissioned with the U. S. Sloop-of-war Peacock in 1836, and accompanied the second mission of diplomatist Edmund Roberts to Muscat and Siam, subsequently fleet surgeon of the East India Squadron 1835–1837. Ruschenberger was attached to the naval rendezvous at Philadelphia 1840–1842. At the Brooklyn Navy Yard hospital 1843–1847, he organized the laboratory for supplying the service with unadulterated drugs. He was again fleet surgeon of the East India Squadron 1847–1850, of the Pacific Squadron 1854–1857, and of the Mediterranean Squadron from August 1860 until July 1861. During the intervals between cruises he was on duty at Philadelphia. During the Civil War he was surgeon of the Boston Navy Yard. He was on special duty at Philadelphia 1865–1870, was the senior officer in the medical corps 1866–1869, and was retired on 4 September 1869. He was president of the Academy of Natural Sciences of Philadelphia 1870–1882, and president of the College of Physicians of Philadelphia 1879–1883. He was commissioned medical director on the retired list on 3 March 1871. Dr. Ruschenberger published some of the results of his investigations during his cruises, by which he had acquired a wide reputation.

He also served as a member of the Board of Appointments whose purpose was to form rules and plans for the United States Naval Academy. Dr. Ruschenberger rose to the rank of commodore before he retired.

A species of New World boa, Corallus ruschenbergerii, is named in his honor.

He also published numerous articles on naval rank and organization (1845–1850), and contributed papers to medical and scientific journals. He edited the American edition of Mrs. Somerville's Physical Geography, with additions and a glossary (1850; new ed., 1853).

With regard to the opening of Thailand–United States relations, the accounts of Dr. Ruschenberger and Mr. Roberts were collected, edited and re-published as Two Yankee Diplomats In 1830's Siam. 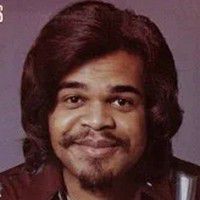