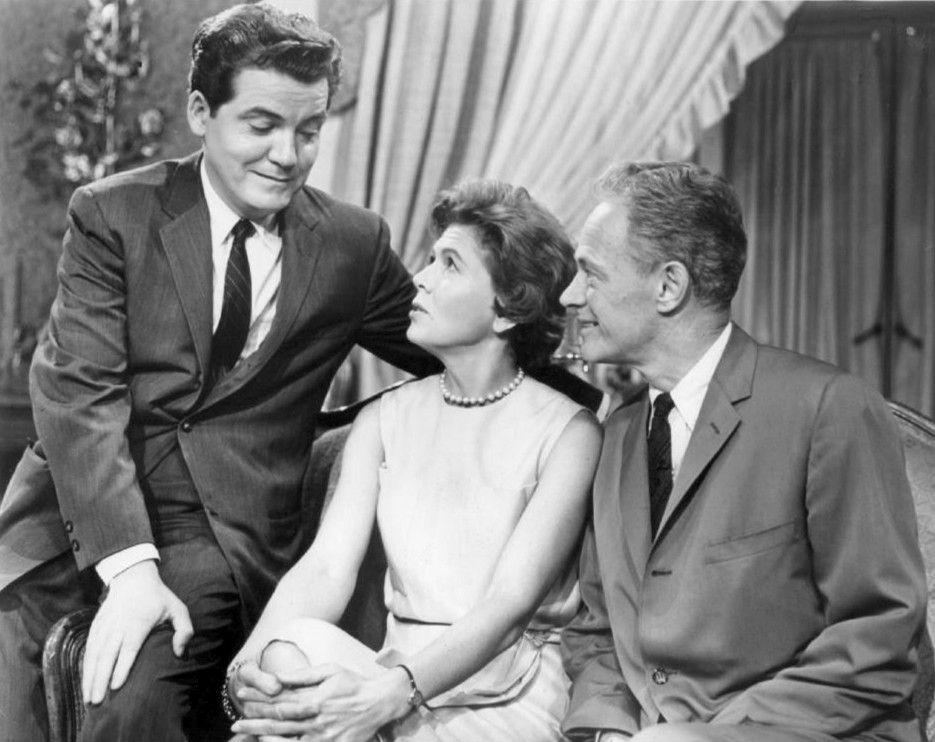 William LeRoy Prince (January 26, 1913 – October 8, 1996) was an American actor who appeared in numerous soap operas and made dozens of guest appearances on primetime series as well as playing villains in movies like The Gauntlet and Spontaneous Combustion.

Prince was born in Nichols, New York, the son of Myrtle Jane (née Osborne), a nurse, and Miles Gorman Prince, who worked in sales.

Prince attended Cornell University, which he left in his senior year to join a Federal Theatre tour of The Taming of the Shrew. He served an apprenticeship with the Barter Theater in Abingdon, Virginia, making his New York debut with the company in 1937 in its production of Max Reinhardt's Eternal Road. He then joined Maurice Evans's company, appearing in minor Shakespearean roles.

His star began to rise after actress Eva Le Gallienne, responding to a pleading letter, gave him an audition for the part of 'Richard' in a revival of Eugene O'Neill's Ah, Wilderness! He got the part and caught the eye of the critics. His breakthrough came a year later, in 1942, with the role of Private Quizz West in Maxwell Anderson's play The Eve of St. Mark. He was soon signed to a Hollywood contract, and appeared in Destination Tokyo, Objective Burma, and Dead Reckoning, among the first of many films to come in his lifetime.

After a mostly undistinguished movie career in the late 1940s, Prince worked primarily in television the following decade, having moved back to New York in the interim. It was there, in 1947, that Prince became one of the founding members of The Actors Studio. Over the next decade, he made numerous appearances on anthology drama series such as Studio One, Philco Television Playhouse, and Armstrong Circle Theatre, and in 1955, Prince co-starred with Gary Merrill in the second season of Justice, an NBC drama about lawyers of the Legal Aid Society of New York.

Prince had roles on several soap operas, including one of the lead roles on Young Dr. Malone from 1958 to 1963, Another World, As the World Turns, The Edge of Night, Search for Tomorrow and A World Apart, often appearing with his actress wife Augusta Dabney (former wife of actor Kevin McCarthy). Two of his most notable film roles were as Christian de Neuvillette in the 1950 Cyrano de Bergerac, and as network president Edward Ruddy in Paddy Chayefsky's 1976 film classic, Network. He also gained critical acclaim for his portrayal of patriarch Ambassador Joseph P. Kennedy in the 1977 teleplay "Johnny, We Hardly Knew Ye".

Returning to Broadway, he took leading roles in John Loves Mary and Forward the Heart. He appeared as Orlando in As You Like It, with Katharine Hepburn, and as Christopher Isherwood in I Am a Camera. In 1963, he played Charles Marsden in the Actors Studio production of Strange Interlude. He took leading roles in several plays by Edward Albee, beginning with The Ballad of the Sad Cafe in 1963. He appeared opposite Angela Lansbury in Counting the Ways and Listening in 1977, and in 1983 played the title role in The Man Who Had Three Arms.

During the 1970s, 1980s and into the early 1990s, Prince made guest appearances on dozens of primetime television series and miniseries including Captains and the Kings (1976), Aspen (1977), and George Washington (1984). He also reunited with Cyrano star Jose Ferrer for the made-for-television films The Rhinemann Exchange (1977) and Gideon's Trumpet (1980). In the latter, Ferrer played attorney for petitioner Gideon, Abe Fortas, and Prince was seen as one of the Supreme Court Justices. In 1992 he appeared on the long-running NBC drama Law & Order in the episode "The Working Stiff", playing a corrupt former governor involved in a banking scandal.

William Prince died October 8, 1996, at Phelps Memorial Hospital in Tarrytown, New York. He was 83, and lived in Dobbs Ferry, New York at the time of his death. Prince was survived by his wife, Augusta Dabney Prince (who died in February 2008); a sister, Charlotte; two daughters, Liza and Dinah; two sons, Nicholas and Jeremy; and three grandchildren.