William Penn Adair (1830–1880) was a leader of the Cherokee Nation, an attorney who served in political office both before and after the American Civil War, and as a justice of their court. He entered the Confederate States Army on the promise that the Confederacy would support an Indian state if it won the war, and achieved the rank of colonel.

He served as delegate from the Nation to Washington, DC during the 1860s and 1870s. Born in the traditional Cherokee territory in Georgia, he traveled as a child with his family on the Trail of Tears of Indian Removal from the Southeast to Indian Territory (now Oklahoma).

William Penn Adair was born on April 15, 1830, in the old Cherokee Nation in New Echota, Georgia. His parents were George Washington Adair (1806-1862) and Martha (née Martin) Adair. The family was forced to remove to Indian Territory in 1838, a process which their people called the Trail of Tears, because of the loss of their lands and the high number of deaths along the way.

Adair attended Cherokee schools in Indian Territory, and studied law. He became a Freemason, belonging to the Vinita Lodge No. 5, which was chartered in 1875. He was described as being "six foot and two inches in height, magnetic, logical and frankly agreeable, the ablest and most brilliant of all Cherokees."

Adair married Sarah Ann McNair. After her death, he married again, to Susannah "Sue" McIntosh Drew. He lived on land along the Grand River in what is now Adair, Oklahoma. It was named for him.

During the Civil War, Adair served in the Confederate States Army, first in the First Regiment of Cherokee Mounted Volunteers, under General Stand Watie. The Confederacy had promised the nations in Indian territory that it would support an Indian-controlled state if it won the war. Adair rose to the rank of colonel and organized the Second Cherokee Mounted Volunteers.

The Texas Cherokee continued to seek compensation from the state of Texas for lands taken from them in 1839. Adair along with other Confederate Cherokees went to Washington in order to petition Congress to allow him to sue the state to return lands in Texas once belonging to Texas Cherokee people. Initially this was to allow Southern Cherokees to relocate back on treaty lands due to the hostilities of Cherokee factions after the war. Some of these issues went back to the Ross-Ridge party feuds stemming from the Trail of Tears that had been played out during the Civil War. The main point for the suit was that in 1839, while the Republic of Texas was independent, President Mirabeau Lamar had forcibly driven most of the Texas Cherokee into Indian Territory and seized their lands in East Texas. The Texas Cherokees and Associate Bands sought the return of 1,500,000 acres (6,100 km) in East Texas. In the 1850's the state had offered lands in the Texas Panhandle in exchange, but Adair refused to accept that offer. No such offer was made to settle after that. However the Texas Cherokees and Associate Bands continued to pursue litigation as late as 1963 some eighty-three years after Adair's death.

Several Cherokee boys were named after him in the late 19th century, including the celebrated Cherokee humorist William Penn Adair Rogers (better known as Will Rogers). Adair, Oklahoma was named for William Penn Adair and his brother, Dr. Walter Thompson Adair. In 1955, he was inducted into the Hall of Great Westerners of the National Cowboy & Western Heritage Museum.

The contents of this page are sourced from Wikipedia article on 08 Mar 2020. The contents are available under the CC BY-SA 4.0 license.
View William Penn Adair 's image gallery
Image Gallery 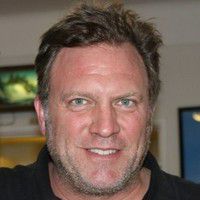