William Alexander Ott (1872–1951) was Mayor of Invercargill 1910–1912. During his mayoralty, the Invercargill tram network was opened. Opening of the Invercargill Tramways, with Mayor William Ott seated in the centre of the front row

Ott was born in Invercargill in 1872. The Ott family came from the German village Dörnach, which is these days part of Pliezhausen in Tübingen. His uncle Johan Jacob Ott came to Dunedin in the early 1850s. In New Zealand, he was known as Jacob Ott. He was a shoemaker and came out employed by the Lutheran Mission under Johann Friedrich Heinrich Wohlers. Not a missionary himself, he later owned the Whitehouse Hotel in Waikiwi.

Jacob Ott financed two of his siblings to come out to New Zealand; his brother Johan Georg Ott (known in New Zealand as George Ott) and his sister Maria Barbara Ott (who appears on the shipping list as Elizabeth). They arrived on the Maori on 16 April 1857 in Dunedin from London. George Ott, a tailor, was the father of William Ott. His father married Margaret Ott (née Murray) in 1862 at Dunedin. William Ott had two siblings; a brother and a sister.

William Ott trained as an accountant and became a fellow of the New Zealand Accountants' and Auditors' Association.

During his mayoralty, he opened the electric Invercargill tram network, with the Prime Minister Joseph Ward in attendance. It was the southernmost tram system in the world. At the occasion, Ott was handed a cloak from the late paramount chief Topi Patuki. The Ott family returned the cloak to descendants of Patuki after six members of his family died in May 2006 when the fishing vessel Kotuku overturned in Foveaux Strait. 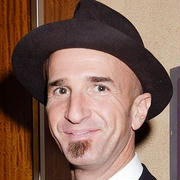 American actor, director and writer of film and television