William Maclure (27 October 1763 – 23 March 1840) was an Americanized Scottish geologist, cartographer and philanthropist. He is known as the 'father of American geology' and as a social experimenter on new types of community life, collaborating with British social reformer Robert Owen, (1771–1854), in Indiana, United States.
Maclure had a highly successful mercantile career, making a fortune that allowed him to retire in 1797 at the early age of 34 to pursue his scientific, geological and other interests. In 1809 he made the earliest attempt at a geological map of the United States of America.

After a brief visit to New York City in 1782, he began work with the merchants Miller, Hart & Co, who traded and shipped goods to and from America. Maclure was based in the London office but regularly travelled to France and Ireland on business. In 1796 business affairs took him to Virginia, which he thereafter made his home. In 1803 he visited France as one of the commissioners appointed to settle the claims of American citizens on the French government; and during the few years then spent in Europe he applied himself with enthusiasm to the study of geology. While residing in Switzerland, he became impressed with what is now called the Pestalozzi School System, from Swiss pedagogist Johann Heinrich Pestalozzi (1746–1827).

On his return home in 1807 he commenced the self-imposed task of making a geological survey of the United States. Almost every state in the Union was traversed and mapped by him, the Allegheny Mountains being crossed and recrossed some 50 times. The results of his unaided labours were submitted to the American Philosophical Society in a memoir entitled Observations on the Geology of the United States explanatory of a Geological Map, and published in the Society's Transactions (vol. iv. 1809, p. 91) together with the first geological map of that country. Maclure's 1809 Geological Map This antedates William Smith's geological map of England and Wales (with part of Scotland) by six years, although it was constructed using a different classification of rocks. Maclure's Geological Map of the United States, published in 1817

In 1812, while in France, Maclure became a member of the newly founded Academy of Natural Sciences of Philadelphia (ANSP). In 1817 Maclure became president of the ANSP, a post he held for the next 22 years.

In 1817, while residing in Europe, Maclure brought before the same society a revised edition of his map, and his great geological memoir, which he had issued separately, with some additional matter, under the title Observations on the Geology of the United States of America. Subsequent surveys have corroborated the general accuracy of Maclure's observations.

In 1819 he visited Spain, and attempted, unsuccessfully, to establish an agricultural college near the city of Alicante. Returning to America in 1824, he settled for some years at New Harmony, Indiana, seeking to develop his vision of the agricultural college. Failing health ultimately required him to relinquish the attempt and to seek (in 1827) a more congenial climate in Mexico. There, in 1840, at San Ángel, he died aged 77. His will provided for a trust fund consisting of most of his property. Under the terms of the Trust, 160 workingmen's libraries were established. The treatment of Maclure's burial site in Mexico was bereft of the honors due the respected humanitarian and geologist:

Summary of the second phase of Maclure's life (after Moore 1947)

The European Journals of William Maclure was a monumental book, describing, charting, and chronicling much of the features of Europe. 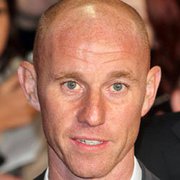 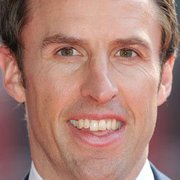