William Jaird Levitt (February 11, 1907 – January 28, 1994) was an American real-estate developer. In his position as president of Levitt & Sons, he is widely credited as the father of modern American suburbia. He was named one of Time Magazine's "100 Most Influential People of the 20th Century."

Levitt was born in 1907 to a Jewish family. His generation was the second since immigrating from Russia and Austria; the grandfather who immigrated to the United States had been a rabbi from eastern Europe. Levitt grew up in Brooklyn, New York. His father was Abraham Levitt, a British-born real estate attorney, and part-time investor; his mother was Pauline Biederman.

A younger brother, Alfred, was born when William was 5 years old. William received a public school education at Public School 44 and Boys High School. He then attended New York University for three years but dropped out before graduating.

In 1929, William's father, Abraham, founded a real-estate development company called Levitt & Sons. Levitt & Sons built mostly upscale housing on and around Long Island, New York in the 1930s. William Levitt served as company president, overseeing all aspects of the company except for the designs of the homes they built, which fell to William's brother Alfred.

Even before returning from the war, Levitt had experimented with mass housing projects, building a 1,600-shack community in Norfolk, Virginia, which was not a success - units remained unsold in 1950. Levitt & Sons' first successful housing development was located on almost 20 square miles (52 km2) of land near Hempstead, Long Island, and was named Levittown. The assembly line construction method allowed Levittown to be constructed more efficiently than other developments at the time, with teams of specialized workers following each other from house to house to complete incremental steps in the construction. Levitt also reduced costs by freezing out union labor – a move that provoked picket lines – enabling him to use the latest technology, such as spray painting. He also cut out middlemen and purchased many items, including lumber and televisions, directly from manufacturers, as well as constructing his own factory to produce nails. The building of every house was reduced to 26 steps, and sub-contractors were responsible for each step. His mass production of thousands of houses at virtually the same time allowed Levitt to sell them, fully furnished with modern appliances, for as little as $8,000 each ($65,000 in 2009 dollars), which, with the G.I. Bill and Federal housing subsidies, reduced the up-front cost of a house to many buyers to around $400.

Levitt was the cover story in Time magazine for July 3, 1950, with the tag line "For Sale: a new way of life."

As Levitt & Sons' president, Levitt proposed and constructed other East Coast developments throughout the 1960s. In 1952, people started buying over 17,000 Levitt-built homes in Bucks County, Pennsylvania. In addition, the company built Willingboro, New Jersey, which still has street names such as Levitt Parkway. During the late 1950s, Levitt and Sons constructed "Belair at Bowie" in Bowie, Maryland. In the early 1960s, the company built a 5,000-house community in north central New Jersey called Strathmore-at-Matawan.

William took control of Levitt & Sons in 1954, after splitting with Alfred. The company went public in 1960. During the 1960s, when Levitt was leading the company, Levitt & Sons developed properties beyond the American mainland, such as Levittown, Puerto Rico; Lésigny in Seine-et-Marne; and Mennecy in Essonne.

By the late 1960s, William had become one of the richest men in America, with a fortune estimated in excess of $100 million. He lived in a lavish 30-room mansion on his "La Coline" estate in Mill Neck, New York, and spent much of his time on La Belle Simone, his 237 feet (72 m) yacht that was named after his third wife. After he had built over 140,000 houses around the world, then 60-year-old Levitt sold the company to ITT for $92 million ($660 million today) in July 1967, of which $62 million was in the form of ITT stock. ITT made Levitt president of the renamed Levitt Corp., with a condition that Levitt could not move to another United States home building company for ten years. He entered the agreement thinking he would play an active role in ITT affairs, but executives felt Levitt was too old to take on more responsibility.

Levitt remained president under ITT until 1972. During that time he led the subsidiary's development of housing projects in Palm Coast, Florida; Richmond, Virginia; and Fairfax, Virginia.

Levitt married Rhoda Kirshner in November 1929. Their son William Junior was born in 1933, and their second son, James, was born in 1944. The couple divorced in 1959 and Levitt married his secretary and long-time mistress, Alice Kenny. Ten years later, in 1969, Levitt divorced her and married a French art dealer, Simone Korchin.

After the condition against Levitt moving to a new home building company in the United States expired, he was unable to repeat the success he had achieved with Levitt & Sons. He established a series of companies and joint ventures through the 1970s and 1980s which failed. He was also accused of misappropriation of funds.

William Levitt came to symbolize the new suburban growth with his use of mass-production techniques to construct large developments of houses, eponymously named Levittowns, selling for under $10,000. Many other relatively inexpensive suburban developments soon appeared throughout the country. While he did not invent the building of communities of affordable single-family homes within driving distance of major areas of employment, his innovations in providing affordable housing popularized this type of planned community in the years following World War II.

His nicknames included "The King Of Suburbia" and "Inventor of the Suburb." At his height, when he was completing one suburban house every 16 minutes, Levitt compared his successes to those of Henry Ford's automobile assembly line. Time magazine recognized Levitt as one of the "100 Most Important People of the 20th Century" in 1998.

Levitt was awarded the Frank P. Brown Medal in 1965.

Levitt refused to integrate his developments. The Jewish Levitt barred Jews from Strathmore, his first pre-Levittown development on Long Island in New York, and he refused to sell his homes to blacks. His sales contracts also forbade the resale of properties to blacks through restrictive covenants, although in 1957 a white couple resold their house to the first black family to live in a Levitt home. Levitt's all-white policies also led to civil rights protests in Bowie, Maryland in 1963. The National Association for the Advancement of Colored People and the American Civil Liberties Union opposed Levitt’s racist policies, and the Federal Housing Administration prepared to refuse mortgages on his next Levittown. Nevertheless, Levitt would not back down and continued planning another whites-only Levittown in Willingboro Township, New Jersey. He fought legal challenges in New Jersey courts until the United States Supreme Court refused to hear his case.

The 2003 PBS series Race: The Power of an Illusion, by California Newsreel, features Levittown and nearby Roosevelt in documenting systemic racism in the development of the early suburbs. The educational documentary originally screened on American public television and was primarily funded by the Corporation for Public Broadcasting, the Ford Foundation, and PBS. It was directed by Christine Herbes-Sommers, Tracy Heather Strain, and Llewellyn M. Smith.

The contents of this page are sourced from Wikipedia article on 28 Oct 2020. The contents are available under the CC BY-SA 4.0 license.
View William Levitt 's image gallery
Image Gallery 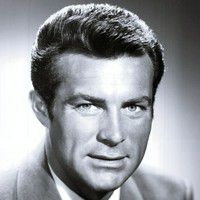