William Langland (/ˈlæŋlənd/; c. 1332 – c. 1386) is the presumed author of a work of Middle English alliterative poetry, generally known as Piers Plowman, an allegory with a complex variety of religious themes. Piers Plowman translated the language and concepts of the cloister into symbols and images that could be understood by the layman. In general, the language of the poem is simple and colloquial, and some of the author’s imagery is powerful and direct. Additionally, the literary device known as dream-vision is used in Langland's Piers Plowman.

The attribution of Piers to Langland rests principally on the evidence of a manuscript held at Trinity College, Dublin (MS 212). This manuscript directly ascribes 'Perys Ploughman' to one 'Willielmi de Langland', son of 'Stacy de Rokayle, who died in Shipton-under-Wychwood, a tenant of the Lord Spenser in the county of Oxfordshire'. Other manuscripts name the author as 'Robert or William Langland', or 'Wilhelms W.' (most likely shorthand for 'William of Wychwood'). The poem itself also seems to point towards Langland's authorship. At one stage the narrator remarks: 'I have lived in londe...my name is longe wille' (B.XV.152). This can be taken as a coded reference to the poet's name, in the style of much late-medieval literature (see, for instance, Villon's acrostics in Le Testament). Although there is little other evidence, Langland's authorship has been widely accepted since the 1920s. It is not, however, entirely beyond dispute, as recent work by Stella Pates and C. David Benson has demonstrated.

Almost nothing is known of Langland himself. It seems that he was born in the West Midlands in 1330. Langland's narrator received his first vision while sleeping in the Malvern Hills (between Herefordshire and Worcestershire), which suggests some level of attachment to the area. The dialect of the poem is also consistent with this part of the country.

There is a strong indication that Langland died c. 1385–1386. A note written by one 'Iohan but' ('John But') in a fourteenth-century manuscript of the poem (Rawlinson 137) makes direct reference to the death of its author: "whan this werke was wrouyt, ere Wille myte aspie/ Deth delt him a dent and drof him to the erthe/ And is closed vnder clom" ("once this work was made, before Will was aware/ Death struck him a blow and knocked him to the ground/ And now he is buried under the soil"). Since But himself, according to Edith Rickert, seems to have died in 1387, Langland must have died shortly before this date.

Most of what is known about the poet must be reconstructed from Piers itself. The C-text of Piers contains a passage in which Will describes himself as a 'loller' or 'idler' living in the Cornhill area of London, and refers directly to his wife and child: it also suggests that he was well above average height, and made a living reciting prayers for the dead. However, it is probable that the content of this episode was not strictly literal. The distinction between allegory and reality in Piers is by no means absolute, and the entire passage, as Wendy Scase observes, is suspiciously reminiscent of the 'false confession' tradition in medieval literature (represented elsewhere by the Confessio Goliae and by Fals-Semblaunt in Jean de Meun's Roman de la Rose).

A similar passage in the final Passus of the B- and C-texts provides further ambiguous details which refer to Will's wife, and describes his torments by Elde (Old Age), as he complains of baldness, gout and impotence. This may well indicate that the poet had already reached middle age by the 1370s: but once again suspicions are aroused by the conventional nature of this description (see, for instance, Walter Kennedy's 'In Praise of Aige' and The Parlement of the Three Ages), and the fact that it occurs towards the end of the poem, when Will's personal development is reaching its logical conclusion.

Further details can be inferred from the poem, but these are also problematic. For instance, the detailed and highly sophisticated level of religious knowledge in the poem indicates that Langland had some connection to the clergy, but the nature of this relationship is uncertain. The poem shows no obvious bias towards any particular group or order of churchmen, but is rather even-handed in its anticlericalism, attacking the regular and secular clergy indiscriminately. This makes it difficult to align Langland with any specific order. He is probably best regarded, as John Bowers writes, as a member of "that sizable group of unbeneficed clerks who formed the radical fringe of contemporary society... the poorly shod Will is portrayed 'y-robed in russet' traveling about the countryside, a crazed dissident showing no respect to his superiors." Malcolm Godden has proposed that he lived as an itinerant hermit, attaching himself to a patron temporarily, exchanging writing services for shelter and food.

The tradition that Langland was a Wycliffite, an idea promoted by Robert Crowley's 1550 edition of Piers and complicated by early Lollard appropriation of the Plowman-figure (see, for instance, Pierce the Ploughman's Crede and The Plowman's Tale), is almost certainly incorrect. It is true that Langland and Wyclif shared many concerns. Both questioned the value of indulgences and pilgrimage; promoted the use of the vernacular in preaching; attacked clerical corruption; and even advocated disendowment. But these topics were widely discussed throughout the late fourteenth century, only becoming typically 'Wycliffite' attributions after Langland's death. Furthermore, as Pamela Gradon observes, at no point does Langland echo Wycliff's characteristic teachings on the sacraments. 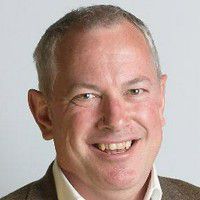