William Folorunso Kumuyi (born 6 June 1941) is the founder and General Superintendent of the Deeper Life Bible Church situated at KM 42 on the busy Lagos-Ibadan Expressway, Nigeria. He is the author of several books. In the early 1970s Kumuyi worked as an education lecturer at the University of Lagos.

Pastor W.F Kumuyi was born into a Christian family in Erin-Ijesha, Osun State, Nigeria. He completed his secondary school education in 1961, and in 1962 started teaching mathematics at Mayflower School in Ikenne, Ogun-State, from where he proceeded to the University of Ibadan and in 1967 graduated with a first-class honours degree in mathematics. He became a born-again Christian in April 1964.

Kumuyi remarried in October 2010 in London, about 18 months after the death of his first wife.

In April 2013, Kumuyi was named as one of the "500 most powerful people on the planet" and Deeper Christian Life Ministry named as "the World's largest Megachurch" by Foreign Policy magazine (FP). 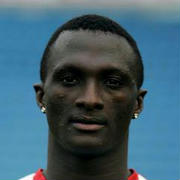