William Awihilima Kahaiali'i (October 17, 1960 – May 18, 2020), known as Willie K, was a Hawaiian musician who performed in a variety of styles, including blues, rock, opera and Hawaiian music.

Born and raised in a family of musicians in Lahaina, Hawaii, Willie began performing at the age of 8 alongside his father, Hawaiian jazz guitarist Manu Kahaiali’i.

In 1993, Willie began a collaboration with Amy Hānaialiʻi Gilliom that would last for nine years. The pair recorded, performed, and toured together, and also shared a personal relationship. Their recordings won seven Na Hoku Hanohano Awards, part of Willie's total of 19 Hokus as a musician and producer.

In 2005, Willie's reunion album with Gilliom, Amy & Willie Live, was nominated for a Grammy in the first year of the Best Hawaiian Music Album award.

In 2007, Willie K became one of very few artists to win a Hoku as part of three different acts – his collaboration with Eric Gilliom won Best Contemporary Hawaiian Album, in addition to wins already achieved with Amy and as a solo artist.

In February 2018, Willie K was diagnosed with lung cancer and promptly cancelled upcoming performances in Honolulu. In April 2019, Willie announced via his Facebook page that he was undergoing immunotherapy.

In January 2020, in a video posted to Facebook, Willie announced that his cancer was at the terminal stage. He made the video after a concert at Blue Note Hawaii in Waikiki. He stated that his "spirits remained high during the concert," which was supposed to be only a 90-minute set, but lasted for two hours. "The crowd deserved it," he said.

The contents of this page are sourced from Wikipedia article on 17 Jun 2020. The contents are available under the CC BY-SA 4.0 license.
View William Kahaiali'i 's image gallery
Image Gallery 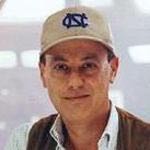