William was the eldest surviving son of William I, Elector of Hesse and Wilhelmina Caroline of Denmark and Norway. With the Hessian troops, he was involved in the War of the Sixth Coalition against Napoleon in 1813. He succeeded as Elector of Hesse (a title that was moribund after the dissolution of the Holy Roman Empire in 1806) on his father's death in 1821.

On 13 February 1797 in Berlin, William married Princess Augusta of Prussia, fourth daughter of Frederick William II of Prussia. They had six children:

Several months after Augusta's death on 19 February 1841, William morganatically married his mistress and their children were legitimated. Emilie Ortlöpp died less than two years after the marriage in 1843. 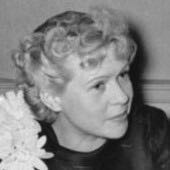