William McChord Hurt (born March 20, 1950) is an American actor. He studied at the Juilliard School and began acting on stage in the 1970s. Hurt made his film debut in 1980 as a troubled scientist in Ken Russell's science-fiction feature Altered States, for which he received a Golden Globe nomination for New Star of the Year. In 1981 he played a leading role, as a lawyer who succumbs to the temptations of Kathleen Turner, in the neo-noir Body Heat. He played another leading role, as Arkady Renko, in Gorky Park (1983).

In 1985 Hurt garnered critical acclaim and multiple acting awards, including an Academy Award and a BAFTA Award for Best Actor, for Kiss of the Spider Woman. He received another two Academy Award nominations for his lead performances in Children of a Lesser God (1986) and Broadcast News (1987). Hurt remained an active stage actor throughout the 1980s, appearing in Off-Broadway productions including Henry V, Fifth of July, Richard II and A Midsummer Night's Dream. Hurt received his first Tony Award nomination in 1985 for the Broadway production of Hurlyburly.

Hurt was born in Washington, D.C., the son of Claire Isabel (née McGill), who worked at Time Inc., and Alfred McChord Hurt, who worked for the State Department. With his father, he lived in Lahore, Mogadishu and Khartoum. After his parents divorced, his mother married Henry Luce III (a son of publisher Henry Luce) during Hurt's childhood. Hurt attended the Middlesex School, where he was vice president of the Dramatics Club and had the lead role in several school plays. He graduated in 1968 and his yearbook predicted, "you might even see him on Broadway." Hurt attended Tufts University and studied theology, but turned instead to acting and joined the Juilliard School (Drama Division Group 5: 1972–1976). Two of his classmates there were Christopher Reeve and Robin Williams.

Hurt began his career in stage productions, only later acting in films. From 1977 to 1989, he was a member of the acting company at Circle Repertory Company. He won an Obie Award for his debut appearance there in Corinne Jacker's My Life, and won a 1978 Theatre World Award for his performances in Fifth of July, Ulysses in Traction, and Lulu. In 1979, Hurt played Hamlet under the direction of Marshall W. Mason opposite Lindsay Crouse and Beatrice Straight. His first major film role was in the science-fiction film Altered States where his performance as an obsessed scientist gained him wide recognition. His performance with Richard Crenna, Ted Danson and newcomer Kathleen Turner in Lawrence Kasdan's neo-noir classic Body Heat elevated Hurt to stardom, and he later also co-starred in The Big Chill (1983). He appeared in the thriller Gorky Park opposite Lee Marvin. He received the Best Male Performance Prize at the Cannes Film Festival and the Academy Award for Best Actor for Kiss of the Spider Woman in 1985. He has received three additional Oscar nominations: Best Actor for Children of a Lesser God (1986) and Broadcast News (1987; he was thus nominated for Best Actor for three consecutive years) and Best Supporting Actor for A History Of Violence (2005). Hurt also starred in Tuck Everlasting as Angus Tuck.

Often cast as an intellectual, Hurt has starred as such in films such as Lost in Space, but has also been effective in other kinds of role, as in I Love You to Death and David Cronenberg's psychological drama A History of Violence (2005), where in less than 10 minutes of screen time he plays the creepy mob boss, Richie Cusack. Also in 2005, Hurt played a mysterious government operative in Stephen Gaghan's ensemble drama about the politics of big oil, Syriana.

Hurt was in the miniseries adaptation of Stephen King's Nightmares and Dreamscapes, in a piece entitled Battleground (also notable for its complete lack of dialogue). He plays Renshaw, a hitman who receives a package from the widow of a toymaker he had killed, unaware of what is waiting inside for him. He appeared in the cast of Vanya, an adaptation of Chekhov's Uncle Vanya, at the Artists Repertory Theatre in Portland, Oregon.

In 2009, Hurt became a series regular on the FX series Damages playing a corporate whistleblower opposite Glenn Close and Marcia Gay Harden. For his role in the series, Hurt earned a 2009 Primetime Emmy Award nomination in the "Outstanding Supporting Actor in a Drama Series" category. Hurt's 2009 Sundance film The Yellow Handkerchief was released in theaters on February 26, 2010, by Samuel Goldwyn Films. He was in the Thailand-based 2011 thriller Hellgate alongside Cary Elwes and Paula Taylor, directed by John Penney.

In September 2010, Hurt played United States Secretary of the Treasury Henry Paulson in the HBO film Too Big to Fail, an adaptation of Andrew Ross Sorkin's book. He also starred as Captain Ahab in the 2011 television adaptation of Herman Melville's novel Moby-Dick.

Hurt is fluent in French and maintains a home outside Paris. He is the stepgrandson of Henry Luce, founder of Time magazine and actress-writer Clare Boothe Luce, through his mother's marriage to Henry Luce's son from his first marriage, Henry Luce III.

Hurt dated Marlee Matlin for one year, and they cohabited for two years. In her 2009 autobiography I'll Scream Later, Matlin said that their relationship involved considerable drug abuse and physical abuse by Hurt. In response to the accusations aired on CNN on April 13, 2009, Hurt's agent declined to respond, but Hurt issued a statement the following day, which said: "My own recollection is that we both apologized and both did a great deal to heal our lives. Of course, I did and do apologize for any pain I caused. And I know we have both grown. I wish Marlee and her family nothing but good."

Hurt has four children: one with Jennings, two with Heidi Henderson, and one with French actress, film director and screenwriter Sandrine Bonnaire.

Hurt is a private pilot and owner of a Beechcraft Bonanza.

The contents of this page are sourced from Wikipedia article on 11 Mar 2020. The contents are available under the CC BY-SA 4.0 license.
View William Hurt 's image gallery
Image Gallery 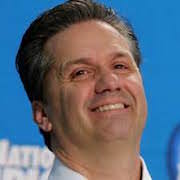 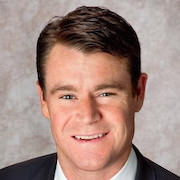