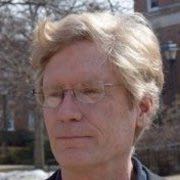 William Hirstein is an American philosopher primarily interested in philosophy of mind, philosophy of language, metaphysics, cognitive science, and analytic philosophy. He is a professor of philosophy at Elmhurst College.

William Hirstein received his Ph.D. in philosophy at the University of California, Davis under the direction of Richard Wollheim. He then did post-doctoral work under the supervision of Patricia Churchland and Vilayanur S. Ramachandran at the University of California, San Diego, exploring neurological syndromes that lead to confabulation, such as in split-brain patients, and patients with anosognosia or Capgras delusion.

Hirstein draws heavily on the interaction between his philosophical training and his clinical experience in his 2005 book Brain Fiction to develop a comprehensive epistemic theory of the neural basis of confabulation, and argues that prefrontal executive processes fail to correct false memories or perceptions, resulting in a confabulation. Thus confabulation is a result of two errors, which may be caused by two separate brain lesions. First there is an error in memory or perception, and second, prefrontal executive processes fail to correct the error.

In his 2012 book, Mindmelding: Consciousness, Neuroscience, and the Mind's Privacy, Hirstein argues that a significant block to solving the mind–body problem can be removed if we allow that it is possible for one person to directly experience the conscious mind of another. The vast majority of philosophers and scientists writing about consciousness believe that this is impossible, but this would mean that conscious brain states are different from all other physical states, which can be known about by multiple persons. This creates a block to understanding our minds as physical systems. Hirstein describes how "mindmelding" could be achieved by connecting person A's prefrontal lobes to person B's posterior cortex, which would in effect connect person A's sense of self to person B's conscious thoughts and sensations.

The contents of this page are sourced from Wikipedia article on 07 Mar 2020. The contents are available under the CC BY-SA 4.0 license.
View William Hirstein 's image gallery
Image Gallery 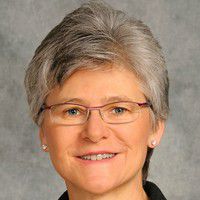