William Henry Farquhar (June 14, 1813 – February 17, 1887) was an American who was influential in the development of Montgomery County, Maryland, US. William Henry Farquhar was born to Amos Farquhar (1768–1835) and Mary Elgar in York, Pennsylvania. The Farquhar family was of Scottish descent. Amos was a cotton manufacturer and later became a farmer. William had a brother and sister-in-law, Benjamin Hallowell and Mary W. Kirk, respectively.
The family moved to Montgomery County when he was eleven and settled in the town of Sandy Spring, Maryland. Farquhar, fond of books and a student from his earliest years, completed his education with Hallowell in Alexandria, Virginia, at the Brimstone Academy. He could not fulfill his dream of studying law because of his weak eyesight. Farquhar then turned to farming and teaching.
In 1838, Farquhar built "The Cedars", a home for the Farquhar "clan". The house was known for the notable Christmas parties. He married Margaret Briggs (1812–1889) in 1844, and together they raised three children, Arthur Briggs (later the Undersecretary of Labor), Edward, and Henry Hill Farquhar.
Farquhar is most known for his contributions to the development of modern Montgomery County, Maryland. Along with Mary W. Kirk, he reestablished the Fair Hill Boarding School in 1846. William also served as the principal from 1847 to 1855. He was a school commissioner for Montgomery County from 1859 to 1860 and was president of the board of school commissioners from 1860 to 1868. He was also a county surveyor, civil engineer, president of the Sandy Spring Lyceum from 1872 to 1873, and one of the original directors of the Mutual Fire Insurance Company from 1873 to 1880.
Other jobs include a promoter of the turnpike from Ashton, Maryland, to Olney, Maryland, a candidate for the Maryland State Senate in 1858, an influential member of the grange, director of the Sandy Spring Savings Institution from circa 1856 to 1857, a census taker on at least two occasions (1850 and 1870) and a historian. He authored The Annals of Sandy Spring in 1882.
After about 1880, the aging Farquhar retired from most of his positions. For the rest of his life, he lived on his farm with his grandchildren and wife, where he published several books and remained influential with the Montgomery County School Board.
In 1968, Montgomery County Public Schools (MCPS) named their first middle school in the county William H. Farquhar Middle School after him. The school is on Batchellor's Forest Road. 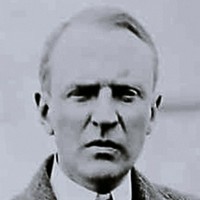