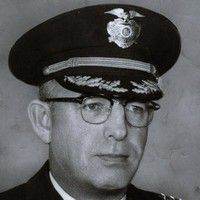 William Henry Parker III (June 21, 1905 – July 16, 1966) was an American law enforcement officer who served as the police chief of the Los Angeles Police Department (LAPD). He has been called "Los Angeles' greatest and most controversial chief of police". He was the longest-serving police chief at 39 years on the force. The former headquarters of the LAPD, the Parker Center, was named after him.

Parker was born in Lead, South Dakota, and raised in Deadwood. His grandfather William H. Parker (1847-1908), was an American Civil War veteran who later served in Congress. The Parker family migrated to Los Angeles, California, in 1922, for better opportunities, when the city was advertised as the "white spot of America" during that period. Despite this advertisement, the Parker family were in a clear minority in the distinctly White Anglo-Saxon Protestant Los Angeles, due to their Catholic religion. Parker originally wanted to be an attorney, and studied at several colleges before enrolling in 1926 at the University of the West's Los Angeles College of Law, an institution which operated in the 1920s and '30s. He joined the LAPD on August 8, 1927, and continued his legal studies. Parker graduated with an LL.B. degree in 1930 and passed the bar exam, but opted to continue with the police department instead of practicing law.

During Parker's early years in the department, he was an active advocate for the police and fire fighter's union, working to create job security and better wages for members of the police and fire departments. He served as an LAPD officer for 15 years before taking a leave to fight in World War II. He attained the rank of captain as a planner and organizer of prisoner detention and policing in Sardinia, Normandy, Munich, and Frankfurt. Parker received the Purple Heart for injuries he received when a column he was in was strafed five days after the Normandy invasion. Shortly after the war, the French government awarded him the Croix de Guerre with silver star for his service in the war maintaining order after the liberation of Paris.

After the war, Parker returned to the police department and rose through the ranks to captain, then inspector, and then one of the department's deputy chiefs.

Parker became police chief on August 9, 1950, and is credited with transforming the LAPD into a world-renowned law-enforcement agency. The department that he took over in 1950 was notoriously corrupt. Seeing ward politics, with its heavy involvement by partisan groups in the police department and mingling of political circles with vice and corruption on the streets, led him to conclude that a differently organized police force was necessary to keep the peace.

Under Parker's early term, the LAPD initiated a more professionalized force which institutionalized officers into an environment that was more answerable to administrative oversight than political representatives. At the same time, Parker's reforms gave the chief unprecedented autonomy compared to the police chiefs of other major cities and would be an obstacle to attempted reforms from future L.A. mayors later in his career. Included in this change was a standardized police academy and more proactive policing methods, practices very similar to military peacekeeping methods to which he was exposed during the war.

Although Parker had a low opinion of Hollywood and the way they portrayed the police, he realized what an effective tool the new medium of television could be to promote his view of the role law enforcement in general and the LAPD in particular played in maintaining order and civilized behavior. He first helped produce a panel show related to the LAPD called The Thin Blue Line. The phrase "thin blue line" came from a battle in the Crimean War where a small "line" of British infantry defeated a much larger charge of Russian cavalry and came to be a common phrase to refer to the police as the line between civil society and criminality. Parker is sometimes credited for coining the phrase but others contest this. In addition to helping produce the show, Parker was a frequent panel member. Much more influential was his support for the radio and then television program Dragnet developed by Jack Webb. Unlike virtually all previous crime dramas, Dragnet attempted to show police procedure as it actually happened. Parker gave Webb access to police files and allowed him to observe the LAPD in action even to the point of recording the sounds of police cars rapidly leaving the garage. While accuracy was a major goal of Dragnet, Webb (with Parker's approval) was a strong advocate of the LAPD and always stayed away from any story that showed any measure of police incompetence or corruption. Parker was also a guest on the television program What's My Line? on August 21, 1955.

Another aspect of changes initiated by Parker which changed the police force from one of a walking peace-force to a more militarized mobile response force was a reduction in the size of the police force in relation to the population. Parker's experience with the numerically larger force of his early career led him to judge that fewer but more professional officers would mean less corruption. Additionally, the strategy of changing the beat posture to one of mobility led to change from foot patrols to one which favored police cars. Not incidentally, this also furthered Parker's belief that isolating his officers from the streets would reduce opportunities for corruption. However, Parker recognized that certain areas of the city and certain functions of the police department needed to remain rooted in the more traditional form of police work.

Although Parker reduced police corruption and cleaned up the overall image of the police, certain sections of the LAPD continued practices which lent more to an image of old semicorrupt control of vice and petty crime. The vice squad and reserve force continued to remain controversial elements of the police force. Parker also used elements of the reserve force such as the Organized Crime and Intelligence Division of the LAPD to keep tabs on suspected politicians and their mafia syndicate allies, as well as the notoriously corrupt and narcotic-ridden Hollywood movie industry system and its celebrities. The 1990 novel and 1997 film L.A. Confidential along with the 2013 film Gangster Squad, provide fictional depictions of the LAPD under Parker during these years.

Under Parker, the LAPD faced accusations of police brutality and racism towards the city's African American and Latino residents. According to a documentary commissioned by the LAPD in 2009, Parker supported the city's power structure, which he denied was racist as late as the 1960s. Some critics see Parker's policies as responsible for ongoing tensions between the LAPD and minorities. Although Parker testified to the Civil Rights Commission in 1959 that segregation was not a problem, in 1962, he ordered the desegregation of the LAPD. When asked by the Commission about discrimination against minorities, he replied "I think the greatest dislocated minority in America today are the police."

Parker's controversial practices towards minorities have been cited as the cause of the 1965 Watts riots on August 11, 1965. For five days, businesses and stores were burned or looted, civilians were killed or wounded while being caught in the crossfire, and sniping was frequent, before the rioters finally dispersed from committing more violence after the California Army National Guard took to the streets in supplementing the over-worked LAPD officers. At the end, 34 people were killed in the riots; 21 were caused by police or National Guard bullets. About 1,032 were injured, 3,438 were arrested, and over $40 million in property damage were caused. In spite of this, this was not enough to derail Parker's career, as he continued to serve as LAPD Police Chief for another year prior to his death.

Parker died of a heart attack on July 16, 1966, after attending a dinner where he received a commendation.

Completed under Parker's tenure in 1955, the former Police Administration Building on Los Angeles Street was renamed Parker Center shortly after his death, and served as LAPD's headquarters until the new HQ was completed in 2009. Now being demolished, Parker Center lives on in popular media, with frequent appearances and mentions in the classic TV series Dragnet, Perry Mason, Columbo, and in the films, Blue Thunder and Inherent Vice. 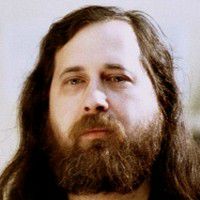 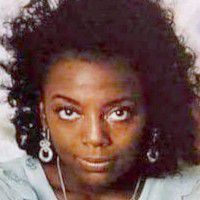 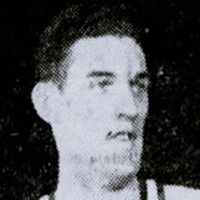 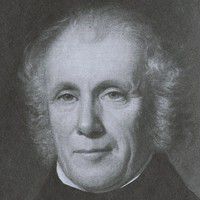 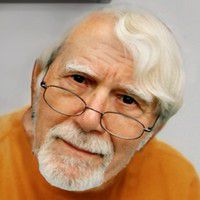 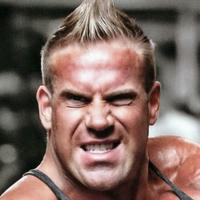