William Gregg (1800 – September 13, 1867) was an ardent advocate of industrialization in antebellum Southern United States. In 1847 he founded the successful Graniteville Company, a large scale Horse Creek Valley, South Carolina cotton mill.
Gregg publicized his ideas in his 1845 Essays on Domestic Industry. He argued that economic domination by the North was best met by Southern industrialization. He gained sufficient support for his own efforts, but was unable to bring about any general change in the agrarian southern economy.

William Gregg, concerned by many as “the most significant figure in the development of cotton-mills in the South” , was born on Feb 2, 1800 in Mongolia County Virginia, although some sources state that he was born in Brownsville, Pennsylvania. Gregg was the youngest son of William Gregg and Elizabeth Webb. William Gregg’s father was a Revolutionary War veteran from Virginia and his Mother Elizabeth was a Quaker from Philadelphia. At the age of 4, his mother died, and Gregg was then brought up by a woman who was his neighbor until he was around the age of 10. After several years of living with his neighbor, Gregg moved to his Uncle Jacob Greggs’ home in Alexandria Virginia. William Gregg was apprenticed to his Uncle Jacob, who was a successful watchmaker and also a successful spinning machine maker in Alexandria. William Gregg indeed learned a large amount from his Uncle and the two were a perfect match. It was at this time that William first began his interest in cotton manufacturing. His early exposure to his Uncles cotton manufacturing plant sparked his long term interest in the business.

During the War of 1812 Jacob Gregg left watchmaking to pursue and open a cotton mill in Georgia. The pair of Jacob and William settled the cotton factory on the Little River near Madison, Georgia. This small cotton factory is heralded as one of the first mills in the Southern United States. Once the War of 1812 ended, the small mill, one of the pioneering textile manufactories in the South, fell to the pressure of British imports. The flood of goods from England overwhelmed the production of many American manufacturing enterprises.

Following the War of 1812, Jacob Gregg had encountered economically tough times and could no longer support the young William. Jacob Gregg apprenticed William under his friend, Mr. Blanchard. Mr. Blanchard was from Lexington, Kentucky and he worked as a watchmaker and Silversmith. Gregg spent a few years with Mr. Blanchard perfecting his watchmaking craft and trade. In 1821, William Gregg moved himself to Petersburg, Virginia to improve and enhance his craft and trade and perfect his ability. Gregg’s time spent with Mr. Blanchard was exceptional and the two shared an extremely strong relationship and friendship which would stay with William Gregg throughout his entire life. While revisiting Mr. Blanchard in Kentucky, Gregg constructed a silver pitcher out of the first coins which he had earned individually. This pitcher began to serve as an heirloom to the Gregg Family and it was passed down from first son to first son.

After his time spent perfecting his craft in Kentucky, William Gregg moved from Kentucky to Columbia, South Carolina. Gregg settled in Columbia. It is here where William Gregg put his knowledge from Mr. Blanchard and his Uncle Jacob to use. Gregg set on to establish his own successful business in mercantile trade. Gregg traded materials such as jewelry, silver, and other hand-crafted specialty goods. Gregg was very prosperous during his time in Columbia and his industry prospered until ill heath interrupted his career. While on sales trip for his company with Colonel Mathias Jones, Gregg ultimately met his wife Marina. While on a trip to the Colonels store at Ridge Spring in the Edgefield District of Columbia, Gregg met Jones’ eldest daughter, Marina. Gregg married Marina in 1829. The couple had 5 children and made the Edgefield District of South Carolina their home.

Gregg was extremely prosperous during his time in Columbia and during the 1830s he traveled substantially all over the United States. Gregg was able to retire with a large amount of discretionary income. In 1838, Gregg continued his jewelry and silversmithing business, and he acquired interest in what became Hayden, Gregg and Company. This acquisition made Gregg a partner in the jewelry business in Charleston, South Carolina. Smith moved his family to Lowcounty following the acquisition. Gregg’s time spent with the jewelry and silver firm allowed him to secure his fortune and establish the financial security that would allow him to indulge in his original interest of textile manufacturing.

Continuing his string of purchases in 1838; Gregg bought into the Vaucluse Manufacturing Company, which was a cotton mill in the Barnwell District of South Carolina. Gregg rekindled his interest for the industry and bought into the company with his brother in law General James Jones. Gregg’s early investment in the plant was a tremendous learning experience for him. The plant was extremely inefficient and showed him how not to run a proper textile plant. In his own words Gregg said "a settled conviction . . . that manufacturing is a business that ought to engage the two Carolinas and Georgia." Throughout his time with the enterprise, Gregg was involved every step of the way. He had an interest in the corporate organization, design, as well as construction and administration of the mill.

"Essays on Domestic Industry" and The Graniteville Company

In 1844 Gregg embarked to the North, on a mission to study and examine the numerous textile mills in Massachusetts, Connecticut, Vermont, and New Hampshire. Gregg wanted to improve and enhance the industry in the South as many Southern plants were prone to failure and undercapitalized. Following his return to Charleston, Gregg was very active in the community. William Gregg wrote a series of articles that appeared in the local paper, the Charleston Courier. In these articles, Gregg outlined ways of which businessmen in the south could invest and prosper in manufacturing. Gregg advocated that the region stop remaining over-dependent on plantation agriculture as the only means of commerce in the society. The articles mainly critiqued the South’s failure to develop a strong and viable manufacturing sector that could accompany the strengths of the agricultural industry, specifically plantations. Gregg became a leading advocate for industrialization in the South and these articles were combined into a pamphlet which was called “Essays on Domestic Industry”. This work greatly attacked planters or allowing their ventures to die through inattention and undercapitalization. Gregg’s ultimate vision saw the Business capitalists of the South guiding industry and development through applying industry, prudence, and a surplus of capital to manufacturing plants and manufacturing operations.

Gregg became committed to the idea that South Carolina and the South were wasting potential by shipping Raw cotton to the North and buying back these goods at inflated prices. Gregg felt that by keeping local capital, the state would diversify, jobs would be produced, and the economy would become less dependent on the heavy reliance of cotton growing.

In December 1845, Gregg was able to convince the South Carolina legislature to charter what was to become the Souths largest and best known cotton mill. With a group of Charleston Elite, the group was granted an initial capitalization of $300,0000. This money was put towards constructing a tremendous and massive state of the art textile factory and plant on Horse creek, which was a couple of miles from Greggs Vaucluse Mill. The production and construction of the Graniteville Company relied on the local people of the area to build and operate the mill. Farmers, tenants, and the poor were employed with similar wages to those of Northern mill workers. When full operations ceased in 1849, the Graniteville Company mill was one, if not the largest textile mills in the south. The plant contained more than nine thousand spindles and three hundred looms and produced around twelve thousand yards of cloth per day. These products were sold across the continent and in markets reaching New York and Philadelphia. Gregg was a tremendous boss and guided the factory into becoming highly profitable and a substantial investment for investors.

The Benefits of the Graniteville Company"

The Graniteville Mill, while being a driving force in economic development in the south, also was able to contribute many more benefits to the Southern United States. Gregg truly believed in the poor white population of the South and he felt that they should benefit from industrialization and the new industry as well. The factory provided many white-laborers with a place of employment and an opportunity for these workers to better themselves and improve the lives of their families. Gregg believed in his workers and he believed that if he cared in his workers, they would develop the intelligence and responsibility to work in his mill and live in his mill houses as a self-contained community. Gregg was ultimately realizing his dream of creating a community dedicated to industry, production, and education. Greggs' Mill included company-owned houses, churches and free schooling.

Gregg ultimately created what was perhaps the first compulsory education system in the United States. He built schools for children 6–12 years. In these schools books were provided to teachers. Parents were fined for every day they held their children absent from classes. Gregg also banned alcohol and dances in the town to maintain the moral character of his employees and their children.

During the 1850s, Gregg became famous throughout the South. His factory became acclaimed and its model was celebrated. Gregg was credited with providing the South a per an example of industrial development that reformers had demanded for many years. Greggs popularity boosted him into the South Carolina House of Representatives in 1856. Gregg also attempted to get into the Senate but his bid was unsuccessful. Gregg faced resistance regarding some of the practices on his plant, but this did not completely hinder is political career. , Gregg remained popular enough to secure his election to South Carolina's secession convention, at which he unhesitatingly affixed his signature to the ordinance of secession in December 1860. Previously a unionist, Lincoln's election led Gregg to publicly declare himself to be "openly, fearlessly . . . a disunion man" (Edgefield Advertiser, 14 Nov. 1860).

During the Civil War, Graniteville was able to remain prosperous. Graniteville survived the Civil War, and Gregg returned to the factory following the War. During the War, Gregg was very animate on criticizing Confederate Policy regarding manufacturers In September 1867, there was a break in the factory dam. While repairing the Dam, Gregg became ill. Gregg died September 13. Following his death, the Graniteville Company was able to prosper and continue operations for more than a century. Gregg’s legacy lives on in the South. In 1899 his works in the Essays on Domestic Industry, were reprinted by Daniel Augustus Tompkins. Gregg and his work lives on in the South and Gregg is heralded as one of the most successful, influential members of the early Southern States.

"Essays on Domestic Industry" and The Graniteville Company

The Benefits of the Graniteville Company" 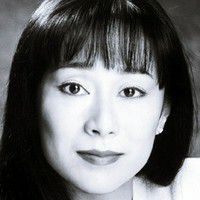 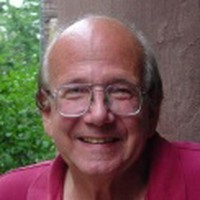 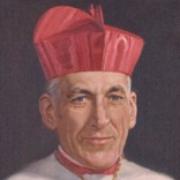