Gates was a young man from the Cabrini–Green housing projects. He and Arthur Agee, from West Garfield Park, hoped to have their basketball talent turned into professional careers with the NBA. The documentary Hoop Dreams followed them through their recruitment by St. Joseph High School. During high school, he worked hard to improve his basketball skills and his academics to the best of his ability, though he initially struggled with a low reading level. He struggled to get the required score of an 18 on the ACT exam needed to earn a scholarship at Marquette University and eventually managed a 17.5 aggregate score, which was rounded up to 18. At St. Joseph, Gates suffered a knee injury which limited his playing and recruitment offers. He played three seasons for Marquette from 1991–1995. He appeared in 80 games, making 29 starts and scoring 399 points. He graduated from Marquette with a communications degree. In 2001, Gates worked out with NBA star Michael Jordan in preparation for Jordan's comeback and was offered a tryout with the Washington Wizards but injured his foot. His brother, Curtis Gates, also seen in the film, was murdered on September 10, 2001 after being caught in a love triangle.

After the end of his basketball career, Gates got a Bible degree at Moody Bible Institute in Chicago and became pastor at Living Faith Community Center in Cabrini–Green, a position he held until July 2012, when he relocated his family to the San Antonio, Texas, area. Gates' eldest son (William Gates Jr.) followed in his father's basketball footsteps, averaging 23.5 points a game his senior season at Samuel Clemens High School in Schertz, Texas, and receiving a full-ride scholarship to Furman University in South Carolina.

The contents of this page are sourced from Wikipedia article on 14 Jun 2020. The contents are available under the CC BY-SA 4.0 license.
comments so far.
Comments
Reference sources
References
http://wiki.muscoop.com/doku.php/men_s_basketball/william_gates
https://www.washingtonpost.com/wp-dyn/articles/A27976-2004Jul4_4.html
http://www.moodychurch.org/bulletin/210/
http://collegebasketballtalk.nbcsports.com/2013/05/09/william-gates-jr-out-of-his-dads-shadow-but-still-living-his-hoop-dreams/
https://www.imdb.com/name/nm0309637/
https://id.loc.gov/authorities/names/no99089991
https://viaf.org/viaf/61187694
https://www.worldcat.org/identities/lccn-no99089991
Trending today in 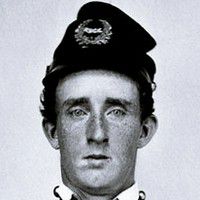