He was a regular competitor in The Amateur Championship from its foundation in 1885, making his last appearance at Royal North Devon in 1912 at the age of 73. His brothers John, Alexander, and Frank were also golfers.

Doleman was born in Musselburgh, Scotland, on 16 September 1838.

The 1865 Open Championship was held on 14 September at Prestwick Golf Club. Andrew Strath won the championship by two shots from Willie Park, Sr. There were 12 competitors. Strath had the lead after the first round on 55, one stroke ahead of Willie Dow and Park, and two ahead of Old Tom Morris. Making his debut, Young Tom Morris scored 60. After two rounds, Park was in the lead with a total of 108 after a round of 52 with Strath a shot behind on 109. Both Dow and Morris dropped out of contention after poor rounds. In the final round, Park scored 56 while Strath took 53 to give him a two stroke victory. Doleman finished in sixth place.

The 1869 Open Championship was held on 16 September at Prestwick Golf Club. Tom Morris, Jr., sometimes otherwise known as "Young Tom Morris", won the championship for the second successive time, by 11 strokes from Bob Kirk. Just 14 players entered the Championship. Doleman improved from his effort in the 1865 Open Championship by finishing in the fifth spot. He posted rounds of 60-56-59=175.

Tom Morris, Jr. dominated the championship, leading by three strokes after the first round, four after second and eventually winning by 11 strokes. After the first round Davie Strath and Bob Kirk were both three shots behind Morris. Strath was in second place after two rounds but finished with a 60 to finish third behind Kirk who scored 57.

The 1872 Open Championship was held 13 September at Prestwick Golf Club in Prestwick, South Ayrshire, Scotland. Scottish professional Tom Morris, Jr. won the Championship for the fourth successive time, by three strokes from runner-up Davie Strath, having been five shots behind Strath before the final round. He was just 21 years and 146 days old. Doleman played impressively, finishing in third place with rounds of 63-60-54=177. As an amateur, he was not eligible to accept any prize money.

Doleman died on 8 July 1917 in Glasgow, Scotland. He is best remembered for having seven top-10 finishes in the Open Championship, including a third-place finish in 1872.

Results in The Open Championship

NT = No tournament
DNP = Did not play
? = competed, finish unknown
"T" indicates a tie for a place
Yellow background for top-10

The contents of this page are sourced from Wikipedia article on 24 Jun 2020. The contents are available under the CC BY-SA 4.0 license.
comments so far.
Comments
From our partners
Sponsored
Reference sources
References
http://www.theopen.com/en/History/PreviousOpens/Prestwick/1865.aspx?eventid=1865000&view=year
http://www.britishnewspaperarchive.co.uk/viewer/bl/0000447/18690923/015/0003
http://www.northberwick.org.uk/musselburgh.html
http://www.scottishgolfview.com/2010/06/nicole-and-stuart-benson-participants.html
Trending today in 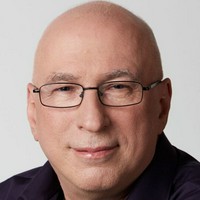 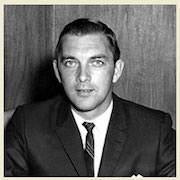