William de Leftwich Dodge (1867–1935) was an American artist best known for his murals, which were commissioned for both public and private buildings.

Dodge was born at Liberty, Virginia in the Piedmont near Lynchburg. In 1879, his mother, Mary de Leftwich Dodge, an aspiring artist, moved her family to Europe. After living initially in Munich they moved to Paris, where she worked on art. Dodge later followed her example and became an artist. He spent most of his childhood years in France, where his mother was working on art. He studied at the École des Beaux Arts and took first place in the examinations in 1881. He also studied under Jean-Léon Gérôme and with Raphaël Collin at the Académie Colarossi, and traveled to Munich for studies there.

Dodge received early commissions that gained him attention in the United States, first at the Columbian Exposition of 1893 in Chicago where his mural "Glorification of the Arts and Sciences" adorned the interior dome of the Administration Building. He was living in Paris when he applied for commissions for mural works for the Library of Congress, which he completed in 1895. This work enabled him to marry Francesca (Fanny) Theodora Bland Pryor, daughter of Sara Agnes Rice Pryor and Roger Atkinson Pryor of Virginia and New York. Her mother was a civic activist and author who published several books in the early 1900s; her father was an attorney and became a justice of the New York State Supreme Court.

He died at his New York City home at 52 West 9th Street in Manhattan. He is buried in Woodlawn Cemetery in The Bronx, New York City.

After he and his family settled in New York, Dodge taught at the Art Students League of New York and at Cooper Union.

He became known as a muralist when the genre was at a peak of popularity, commissioned for major public buildings as well as hotels and mansions. Murals were seen as a kind of art that could reach directly to the people. Dodge drew on a variety of styles for his murals, settling on a heroic, neoclassical look. Achieving success with commissions for his murals, in 1906 Dodge designed the classical Villa Francesca, named after his wife, as their family home in Setauket, Long Island.

In his private work, Dodge's paintings show the influence of Impressionism and Fauvism. Toward the end of his career, Dodge became interested in Mayan art. His work is held in the permanent collections of the Metropolitan Museum of Art and the National Academy of Design.

The contents of this page are sourced from Wikipedia article on 14 Jun 2020. The contents are available under the CC BY-SA 4.0 license.
View William de Leftwich Dodge 's image gallery
Image Gallery 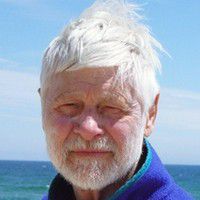 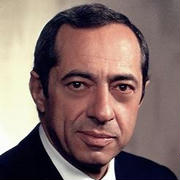