William de Crachin (died c. 1274) was a prelate active in the Kingdom of Scotland in the 13th century. The earliest known Dean of Brechin Cathedral, his first appearance in a surviving source comes 22 September 1248, from a document of Arbroath Abbey.

Between 1269 and 1275 he was elected bishop of Brechin. He had died by 24 May 1275 (date of mandate for his successor's provision). The Chronica Extracta says that he died, still merely "elect" (i.e. not having received consecration) at the Second Council of Lyons, though there is uncertainty among modern writers about the reliability of this extract.

The Chronica described him as "a man in all things praiseworthy, but of harsh voice". 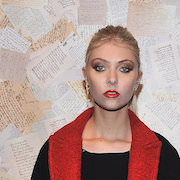