Boyd was born in Accra, Ghana to Scottish parents, both from Fife, and has two younger sisters. His father Alexander was a doctor specialising in tropical medicine moved with his mother, who was a teacher, to Ghana in 1950 to run the health clinic at the University of Legonwho and in the early 1960s the family moved to western Nigeria, where Boyd’s father held a similar position at the University of Ibadan. Boyd spent his early life educated in Ghana and Nigeria then, at the age of nine, he went to Gordonstoun school, Scotland; and then the University of Nice, France, then the University of Glasgow where he gained an M.A.(hons) in English & Philosophy, and finally Jesus College, Oxford. His father died of a rare disease when Boyd was 26. Between 1980 and 1983 he was a lecturer in English at St Hilda's College, Oxford, and it was while he was there that his first novel, A Good Man in Africa (1981), was published. He was also the New Statesman's television critic between 1981 and 1983. Boyd is a Fellow of the Royal Society of Literature and an Officier de l'Ordre des Arts et des Lettres. He has been presented with honorary Doctorates in Literature from the universities of St. Andrews, Stirling, Glasgow and Dundee and is an honorary fellow of Jesus College, Oxford.

Boyd is married. He met his wife Susan, a former editor and now a screenwriter, while they were both at Glasgow University. He has a house in Chelsea, London and a farmhouse and vineyard (with its own appellation Château Pecachard) in Bergerac in the Dordogne in SW France. He was appointed Commander of the Order of the British Empire in 2005 for services to literature. In August 2014 Boyd was one of 200 public figures who were signatories to a letter to The Guardian opposing Scottish independence in the run-up to September's referendum on that issue.

Although his novels have been short-listed for major prizes, he has never had the same publicity as his contemporaries. Boyd was selected in 1983 as one of the 20 "Best of Young British Novelists" in a promotion run by Granta magazine and the Book Marketing Council.

Boyd's novels include: A Good Man in Africa, a study of a disaster-prone British diplomat operating in West Africa, for which he won the Whitbread Book award and Somerset Maugham Award in 1981; An Ice-Cream War, set against the background of the World War I campaigns in colonial East Africa, which won the John Llewellyn Rhys Prize and was shortlisted for the Booker Prize for Fiction in 1982; Brazzaville Beach, published in 1991, which follows a female scientist researching chimpanzee behaviour in Africa; and Any Human Heart, written in the form of the journals of a fictitious twentieth century British writer, which won the Prix Jean Monnet and was longlisted for the Booker Prize in 2002. Restless, the tale of a young woman who discovers that her mother had been recruited as a spy during World War II, was published in 2006 and won the Novel of the Year award in the 2006 Costa Book Awards. Boyd published Waiting for Sunrise: A Novel in early 2012. Following Solo in 2013 he published Sweet Caress in 2015, his fourth novel written from a woman's viewpoint.

Boyd has also worked with three of the actors who have portrayed Bond in the film series: Sean Connery, Pierce Brosnan and Daniel Craig.

In 1998, Boyd published Nat Tate: An American Artist 1928-1960, which presents the paintings and tragic biography of a supposed New York-based 1950s abstract expressionist painter named Nat Tate, who actually never existed and was, along with his paintings, a creation of Boyd's. When the book was initially published, it was not revealed that it was a work of fiction, and some were duped by the hoax; it was launched at a lavish party, with excerpts read by David Bowie and Gore Vidal (who were in on the joke), and a number of prominent members of the art world claimed to remember the artist. It caused quite a stir once the truth was revealed.

The name "Nat Tate" is derived from the names of the two leading British art galleries: the National Gallery and the Tate Gallery. Boyd, who also paints, made a drawing artwork under the pseudonym of Nat Tate and sent it to auction where it raised funds for an art charity.

Nat Tate also appears in Any Human Heart, also by Boyd, with a wry footnote to the 1998 book.

Boyd, who was theatre critic for the University of Glasgow in the 1970s and has many actor friends, refers to his ambition to write a play as finally getting "this monkey off my back." 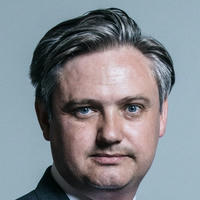 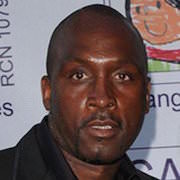