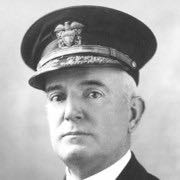 William Adger Moffett (October 31, 1869 – April 4, 1933) was an American admiral and Medal of Honor recipient known as the architect of naval aviation in the United States Navy.

Born October 31, 1869 in Charleston, South Carolina, he graduated from the United States Naval Academy in 1890. He was the son of George Hall Moffett (1829–1875), who enlisted in the Confederate States army as a private, and was promoted for bravery on the field of battle, eventually attaining the rank of Captain and adjutant-general, Hagood's Brigade, Twenty-fifth South Carolina Volunteers.

Moffett was on USS Charleston (C-2) when she sailed across the Pacific and captured Guam. Ultimately ending up in the Philippines, a month after the US victory at Manila Bay. The Charleston then shelled enemy positions in support of American and Filipino troops at the Battle of Manila (1898).

Commander Moffett was the captain of the Chester during the Tampico Affair. In December 1915 Moffett received the Medal of Honor for his captaincy of the USS Chester in a daring and dangerous night landing in 1914 at Veracruz, Veracruz, Mexico. (See also United States occupation of Veracruz, 1914). (See text of the Citation set forth below.)

In World War I, he was commander of the Great Lakes Naval Training Center near Chicago, where he established an aviator training program. While commanding the battleship USS Mississippi (1918–1921) he supported the creation of a scout plane unit on the ship.

Although not himself a flyer, Moffett became known as the "Air Admiral" for his leadership of the Navy's Bureau of Aeronautics from its creation in 1921 with Captain Henry C. Mustin as its first Assistant Chief. In this role, he oversaw the development of tactics for naval aircraft, the introduction of the aircraft carrier, and relations with the civilian aircraft industry. A master politician, he maintained official support for naval aviation against Billy Mitchell, who favored putting all military aircraft into a separate air force. In that regard, Moffett benefited from his longstanding friendship with Franklin D. Roosevelt, who had been appointed Assistant Secretary of the Navy by Woodrow Wilson in 1913.

Moffett was a strong advocate of the development of lighter-than-air craft, and lost his life when the USS Akron, then the largest dirigible in the world, crashed in the Atlantic Ocean during a storm off the coast of New Jersey on April 4, 1933.

He is buried in Arlington National Cemetery, alongside his wife Jeanette Whitton Moffett, and one of their three sons, William Adger Moffett, Jr. (1910-2001), who was also a Navy admiral.

For distinguished conduct in battle, engagements of Vera Cruz, 21 and 22 April 1914. Comdr. Moffett brought his ship into the inner harbor during the nights of the 21st and 22d without the assistance of a pilot or navigational lights, and was in a position on the morning of the 22d to use his guns at a critical time with telling effect. His skill in mooring his ship at night was especially noticeable. He placed her nearest to the enemy and did most of the firing and received most of the hits.

The contents of this page are sourced from Wikipedia article on 09 Mar 2020. The contents are available under the CC BY-SA 4.0 license.
View William A. Moffett 's image gallery
Image Gallery 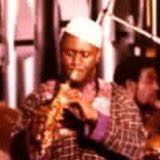 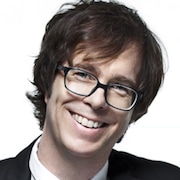 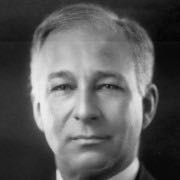