Willi Holdorf (born 17 February 1940) is a retired West German athlete. In 1964 he won the first Olympic medal for Germany in decathlon and was named German Sportspersonality of the Year. In 1997 he became a member of the German Olympic Committee, and in 2011 inducted into the German Sports Hall of Fame.
Holdorf was the German champion in 1961 and 1963 in decathlon, and in 1962 in the 200 m hurdles. He placed fifth in decathlon at the European Championships in 1962 and 1964. He was trained as a high-voltage electrician, but later worked as a sporting goods representative and a coach, both in athletics and football. He coached Olympic pole vaulter Claus Schiprowski, Reinhard Kuretzky and Günther Nickel, and later managed German Bundesliga side SC Fortuna Köln in football.
Holdorf is the father of Dirk Holdorf, a former professional football player. 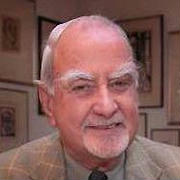