Will Bradley
The basics

Wilbur Schwichtenberg (July 12, 1912 – July 15, 1989), known professionally as Will Bradley, was an American trombonist and bandleader during the 1930s and 1940s. He performed swing, dance music, and boogie-woogie songs, many of them written by Don Raye.

Born in Newton, New Jersey, Bradley was raised in Washington, New Jersey. In 1928, he moved to New York City and became a member of bands such as Red Nichols & His Five Pennies. During the 1930s, he was a studio musician for CBS except for one year with the Ray Noble orchestra.

The Bradley band became well known for boogie-woogie, particularly its hit record, "Beat Me Daddy, Eight to the Bar". The song reached the top ten of Billboard magazine's popular music chart, as did "Scrub Me Mama with a Boogie Beat" and "Down the Road a Piece". The latter song was recorded by the Will Bradley Trio, consisting of McKinley, Slack, and Doc Goldberg, with guest vocals by songwriter Don Raye.

In 1942, McKinley departed to form his own band. Bradley hired trumpeter Shorty Rogers and drummer Shelly Manne, but many members wound up in the military due to the draft, and the band dissolved. For the rest of his music career, Bradley composed chamber music and orchestral works.

Bradley was the band leader for the Summer Silver Theater on CBS in 1941, with Ed Sullivan as the show's host.

The contents of this page are sourced from Wikipedia article on 25 Mar 2020. The contents are available under the CC BY-SA 4.0 license.
View Will Bradley 's image gallery
Image Gallery 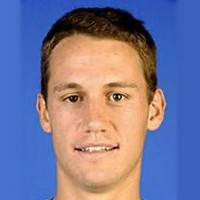