Wilhelm Josef Franz Ritter von Leeb (born Wilhelm Josef Franz Leeb; 5 September 1876 – 29 April 1956) was a German field marshal and a war criminal during World War II. In Operation Barbarossa, the invasion of the Soviet Union, Leeb commanded Army Group North and provided close cooperation to the SS Einsatzgruppen, the mobile killing squads primarily tasked with exterminating the Jewish population as part of the Holocaust.
Leeb was a beneficiary of Adolf Hitler's corruption scheme for senior Wehrmacht officers, receiving regular extra-legal, secret payments throughout the war and one-time gifts of 250,000 Reichsmark in 1941 and of an estate valued at 638,000 Reichsmark in 1943. Following the war, Leeb was tried in the High Command Trial, as part of the Subsequent Nuremberg Trials. He was found guilty of crimes against humanity and sentenced to three years.

Born in 1876, Wilhelm Leeb joined the Bavarian Army in 1895 and served in China during the Boxer Rebellion. Between 1907 and 1913, he attended the Bavarian War Academy and served on the General Staff. At the outbreak of World War I, Leeb joined the Bavarian army and served on the Eastern Front. He distinguished himself at the battle of Gorlice-Tarnow, the capture of the fortress Przemyśl and during the campaign in Serbia, and in 1915 was awarded the Military Order of Max Joseph. As receipt of the order conferred a title of nobility, Leeb's surname changed to "Ritter von Leeb". After the war, Leeb remained in the Reichswehr, the army of the Weimar Republic. Before the rise of Adolf Hitler to power, Leeb commanded the military district covering Bavaria.

In July 1938 Leeb was given command of the 12th Army, which took part in the seizure of the Sudetenland. In the summer of 1939, Leeb was given command of Army Group C and promoted to Generaloberst on 1 November 1939. He opposed the plans for the 1940 offensive through the neutral Low Countries, writing: "The whole world will turn against Germany, which for the second time within 25 years assaults neutral Belgium! Germany, whose government solemnly vouched for and promised the preservation of and respect for this neutrality only a few weeks ago." During that battle, his troops broke through the Maginot Line. Leeb was promoted to the rank of Field Marshal during the 1940 Field Marshal Ceremony and was also awarded the Knight's Cross of the Iron Cross.

Leeb was given command of Army Group North and responsibility for the northern sector in Operation Barbarossa, the invasion of the Soviet Union. In late June-early July 1941, Leeb had witnessed the massacres of Jews by the Einsatzgruppen, Lithuanian auxiliaries and the men of the 16th Army outside of Kaunas. Leeb was described as being "moderately disturbed" after seeing the killing fields of Kaunas, and sent in mildly critical reports about the massacres. Leeb approved of the killing of Jewish men, claiming that this was justified by their supposed crimes during the Soviet occupation of Lithuania, but that the killing of women and children might have been taking things too far.

In response, Hitler's aide General Rudolf Schmundt told Leeb that he was out of line and should in the future co-operate fully with the SS in "special tasks". Schmundt asked if Leeb appreciated his monthly payments from Konto 5, and reminded him that his birthday was coming up, for which the Führer was planning to give him a 250,000 Reichsmark cheque for his loyalty. Leeb never again protested about the massacres, and duly received 250,000 Reichsmark in September 1941. In the same month, Franz Walter Stahlecker, the commander of Einsatzgruppe A, in a report to Berlin praised Leeb's Army Group for its exemplary co-operation with his men in murdering Jews in the Baltic states. Units under Leeb's command killed Romani people and handed them to the units of the SD, and also participated in eliminating so-called mentally inferiors.

By the end of September, Leeb's army group had advanced 900 kilometres into the Soviet Union and surrounded Leningrad. He was ordered to halt his advance, and transfer 4th Panzer Group (with five panzer and two motorized divisions) and the VIII Air Corps to Army Group Centre. Leeb issued orders for the artillery to open fire at any civilians attempting to break out from the encircled city, so that they would be killed out of view of the frontline infantry. In mid-November, the army group's war diary noted that the artillery was successfully preventing civilians from approaching the German lines. At the same time, these operations lead the command to ponder if shooting down unarmed civilians would lead to the "loss of inner balance". Senior officers were also concerned about "false" compassion that may impact the fighting qualities of their men. Units under Leeb's command were directly involved in the murder of mental patients. In December 1941, with the express consent of Georg von Küchler, commander of the 18th Army, the SD shot 240 mental patients.

Despite halting his advance under orders of Hitler, the Nazi leader impatiently commented, "von Leeb is in a second childhood; he can't grasp and carry out my plan for the speedy capture of Leningrad. He fusses over his plan of assuming the defensive in the northwestern sector and wants a drive in the centre on Moscow. He's obviously senile, he's lost his nerve, and like a true Catholic he wants to pray but not [to] fight."

An old-school German general, Leeb did not take well to having his command managed from afar by Hitler, whom he considered an "armchair general". In January 1942, Leeb asked Hitler to relieve him of his command, and Hitler complied. It was officially announced that Leeb had stepped down due to illness. Colonel-General Georg von Küchler assumed command of Army Group North, and Hitler never employed Leeb again.

Adolf Hitler's gratitude, however, lasted until he died in 1945. In September 1941, when Leeb turned 65, Hitler had granted him 250,000 Reichsmarks. After Leeb joined the Führerreserve in 1942, he turned to Dr. Hans Heinrich Lammers, indicating that in addition to his Solln estate near Munich, he also wanted an estate in the countryside. Hitler promptly presented him one at Seestetten near Passau. According to Gauleiter Paul Giesler, it was estimated at a minimum of 660,000 Reichsmarks. Leeb during the High Command Trial

Leeb was tried by the American military tribunal in Nuremberg in the High Command Trial. He was found guilty on one of four charges, crimes against humanity, and sentenced to time served. Wilhelm von Leeb died of a heart attack in 1956. Grave at the Sollner Waldfriedhof (Nr. 17-W-2)
The contents of this page are sourced from Wikipedia article. The contents are available under the CC BY-SA 4.0 license.
comments so far.
Comments
From our partners
Sponsored 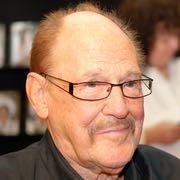