Following graduation from the University of Strasbourg, he worked as a curator at the Natural History Museum in Strasbourg, becoming director of the museum in 1839. The museum has a bust of Schimper at the top of the stairs.

From 1862 until 1879, he was a professor of geology and natural history at the University of Strasbourg.

Schimper's contributions to biology were primarily in the specialized fields of bryology (study of mosses) and paleobotany (study of plant fossils). He spent considerable time collecting botanical specimens in his travels throughout Europe. Among his writings was the six-volume Bryologia Europaea, an epic work that was published between 1836 and 1855. It was co-written with Philipp Bruch (1781-1847), and it described every species of European moss known at the time.

Schimper also made significant contributions in geology. In 1874 he proposed a new scientific subdivision of geological time. He called the new epoch the "Paleocene Era", of which he based on paleobotanical findings from the Paris Basin.

A street bears his name in the Orangerie quarter of Strasbourg.

The standard author abbreviation Schimp. is used to indicate this individual as the author when citing a botanical name.
The contents of this page are sourced from Wikipedia article. The contents are available under the CC BY-SA 4.0 license.
comments so far.
Comments
Trending today in 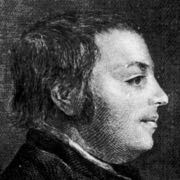