He was born at Gleißenberg, Germany, the son of Friedrich Max Müller and the grandson of German romantic poet Wilhelm Müller. He was educated at Erlangen, Berlin, Munich, and Leipzig, where he received his Ph.D. He was one of the last students of the Egyptologist Georg Ebers.

Müller emigrated to the United States in 1888. He was a professor at the Reformed Episcopal Seminary in Philadelphia beginning in 1890. During several years (1904, 1906, 1910), he engaged in archaeological work in Egypt for the Carnegie Institution. He lectured on Egyptology at the University of Pennsylvania, and purchased papyri in Egypt for the University Museum.

He died in a drowning accident in Wildwood, New Jersey, in July 1919.

He was a contributor to the Encyclopædia Biblica and the Jewish Encyclopædia. After 1905 he served as joint editor of the Gesenius Hebrew Dictionary. He wrote on the identification of Keftiu and concluded that it could not be Phoenicia. 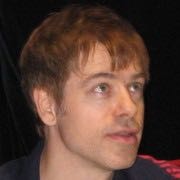