Wiktor Axel Unander (18 December 1872 – 20 September 1967) was a Swedish Army officer who also served in the French Army in Algeria and in the Ottoman Army in the Balkans. He also served in the Swedish foreign service as diplomatic agent and consul general in Egypt and as consul in Zagreb.

Unander was born on 18 December 1872 in Yttertavle, Sweden, the son of secretary Ph.D. Ferdinand Unander and his wife Fanny (née Scharin). He passed studentexamen in Stockholm in 1892 and was commissioned as an officer in Västerbotten Regiment in 1894 with the rank of Underlöjtnant. Unander was promoted to Lieutenant in 1896 and atteneded the Royal Central Gymnastics Institute from 1896 to 1897 and then the Royal Swedish Army Staff College from 1898 to 1900. He served in the French Army and in the 1st Zouave Regiment in Algeria from 1900 to 1902. He became Major 1st Class (Binbashi) in the Ottoman Army in 1903 and was employed in the staff of Hüseyin Hilmi Pasha, the Inspectorate-General of Macedonia the same year. There he participated in the settlement of the reorganization plan for the gendarmerie corps in Macedonia, and the reorganization plan from 1903 to 1906 regarding police and gendarmerie corps in the Old Serbia, Manastir Vilayet and in the Albanian Vilayet.

Unander re-entered the Swedish Army in 1906 and was promoted to Captain in Västerbotten Regiment in 1907. He served in the 1st Life Grenadier Regiment in 1911 and from October 1912 to May 1913 as military attaché in Constantinople, where he took part in the Battle of Lule Burgas and the First Battle of Çatalca during the First Balkan War. Unander served as a special attaché in London from 1917 to 1918 and he was promoted to Major in Norrbotten Regiment the same year. He was acting diplomatic agent and consul general in Egypt from 1919 to 1922 and served in the South Scanian Infantry Regiment (Södra skånska infanteriregementet, I 7) in 1922. Unander last assignment was as Swedish consul in Zagreb from 1926 to 1929.

On 21 March 1936, in his home at Drottninggatan 36 in Malmö and surrounded by like-minded people, Unander founded Travellers Club in Malmö, a gentlemen's club which consists of men who have gained experience and knowledge of foreign countries and cultures and who wish to exchange thoughts and experiences. He served as the club's first Dux Emeritus until 1953.

On 5 May 1905 in Vienna, Austria, he married Cecilia Crusebjörn (1878–1966), the daughter of Lieutenant General Jesper Crusebjörn and Augusta Bahrman. They had one daughter, Nedjibé (1907–1995), who married doctor A. W. Ott of Langendorf, Switzerland.

Unander died on 20 September 1967 in Berne, Switzerland and was buried on 22 December 1967 in Norra begravningsplatsen in Stockholm.

The contents of this page are sourced from Wikipedia article on 19 Apr 2020. The contents are available under the CC BY-SA 4.0 license.
View Wiktor Unander 's image gallery
Image Gallery 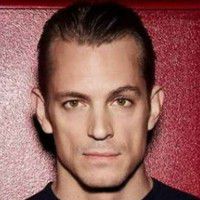 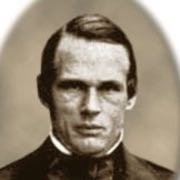