Wifredo Óscar de la Concepción Lam y Castilla (Chinese: 林飛龍; Jyutping: lam4 fei1lung4; December 8, 1902 – September 11, 1982), better known as Wifredo Lam, was a Cuban artist who sought to portray and revive the enduring Afro-Cuban spirit and culture. Inspired by and in contact with some of the most renowned artists of the 20th century, e.g, Pablo Picasso, Henri Matisse, Frida Kahlo and Diego Rivera. Lam melded his influences and created a unique style, which was ultimately characterized by the prominence of hybrid figures. This distinguished visual style of his also influences a lot of artists. Though he was predominantly a painter, he also worked with sculpture, ceramics and printmaking in his later life.

Wifredo Lam was born and raised in Sagua La Grande, a village in the sugar farming province of Villa Clara, Cuba. He was of mixed race ancestry: his mother, the former Ana Serafina Castilla, was born to a Congolese former slave mother and a Cuban mulatto father and his father, Yam Lam, was a Chinese immigrant. In Sagua La Grande, Lam was surrounded by many people of African descent; his family, like many others, practiced Catholicism alongside their African traditions. Through his godmother, Matonica Wilson, a Santería priestess locally celebrated as a healer and sorceress, he was exposed to rites of the African orishas. His contact with African celebrations and spiritual practices proved to be his largest artistic influence.

In 1916 Lam moved to Havana to study law, a path that his family had thrust upon him. Simultaneously he also began studying tropical plants at the Botanical Gardens. From 1918 to 1923, Lam studied painting at the Escuela de Bellas Artes. However, Lam disliked both academic teaching and painting. He left for Madrid in the autumn of 1923 to further his art studies.

In 1923 Lam began studying in Madrid under Fernando Álvarez de Sotomayor y Zaragoza, the curator of the Museo del Prado and teacher of Salvador Dalí. In the mornings he would attend his conservative teacher's studio, while he spent his evenings working alongside young, nonconformist painters. At the Prado, Lam discovered and was awed by the work of Hieronymus Bosch and Pieter Bruegel I. While his early paintings were in the modernist Spanish tradition, his work soon became more simplified and decorative. Though Lam's dislike for academic conservatism persisted, his time in Spain marked his technical development in which he began to merge a primitive aesthetic and the traditions of Western composition. In 1929 he married Eva Piriz, but both she and their young son died in 1931 of tuberculosis; it is likely that this personal tragedy contributed to the dark nature of his work.

During the 1930s Lam was exposed to a variety of influences. The influence of Surrealism was discernible in his work, as well as that of Henri Matisse. Throughout Lam's travels through the Spanish countryside, he developed empathy for the Spanish peasants, whose troubles in some ways mirrored those of the former slaves he grew up around in Cuba. At the outbreak of the Spanish Civil War, he sided with the Republicans and used his talent to fashion Republican posters and propaganda. Drafted to defend Madrid, Lam was incapacitated during the fighting in late 1937 and was sent to Barcelona. There he met Helena Holzer, a German researcher, and the Catalan artist known as Manolo Hugué. Manolo gave Lam the letter of introduction that sparked his friendship with Picasso, whose artwork had impressed and inspired Lam a year before when he saw an exhibition in Madrid.

In 1938 Lam moved to Paris. He quickly gained the support of Picasso, who introduced him to many of the leading artists of the time, such as Fernand Léger, Henri Matisse, Georges Braque and Joan Miró. Picasso also introduced him to Pierre Loeb, a Parisian art dealer; Loeb gave Lam his first exhibition at the Galerie Pierre Loeb in 1939, which received an enthusiastic response from critics. Picasso and Lam also exhibited their work together at the Perls Galleries in New York in the same year. Lam's work went from showing the influence of Matisse, seen in his still lifes, landscapes and simplified portraits, to being influenced by Cubism. Mainly working with gouache, Lam began producing stylized figures that appear to be influenced by Picasso. Much of his work in 1938 possessed emotional intensity; the subject matter ranged from interacting couples to women in despair and showed a considerably stronger African influence, seen in the figures’ angular outlines and the synthesis of their bodies.

While Lam began simplifying his forms before he came into contact with Picasso's work, it is apparent that Picasso had a significant impact on him. With regard to Picasso's exhibition, Lam said that it was "not only a revelation, but… a shock." Lam gained the approval of Picasso, whose encouragement has been said to have led Lam to search for his own interpretation of modernism.

With the outbreak of World War II and the invasion of Paris by the Germans, Lam left for Marseille in 1940. There he rejoined many intellectuals, including the Surrealists, with whom he had been associated since he met André Breton in 1939. While in Marseille, Lam and Breton collaborated on the publication of Breton's poem Fata Morgana, which was illustrated by Lam. Though the drawings he created in Marseille between 1940 and 1941 are known as the Fata Morgana suite, only about three inspired the illustrations for the poem. In 1941 Breton, Lam and Claude Lévi-Strauss, accompanied by many others, left for Martinique only to be imprisoned. After forty days, Lam was released and allowed to leave for Cuba, which he reached in midsummer 1941.

Upon Lam's return to Havana, he developed a new awareness of Afro-Cuban traditions. He noticed that the descendants of the slaves were still being oppressed and that the Afro-Cuban culture was degraded and made picturesque for the sake of tourism. He believed that Cuba was in danger of losing its African heritage and therefore sought to free them from cultural subjugation. In an interview with Max-Pol Fouchet, he said,

"I wanted with all my heart to paint the drama of my country, but by thoroughly expressing the negro spirit, the beauty of the plastic art of the blacks. In this way I could act as a Trojan horse that would spew forth hallucinating figures with the power to surprise, to disturb the dreams of the exploiters."

Additionally, his time in Cuba marked a rapid evolution of his style. Drawing from his study of tropical plants and familiarity with Afro-Cuban culture, his paintings became characterized by the presence of a hybrid figure—part human, part animal, and part vegetal. His style was also distinctive because of its fusion of Surrealist and Cubist approaches with imagery and symbols from Santería. In 1943 he began his best-known work, The Jungle. It reflected his mature style, depicting four figures with mask-like heads, half-emerging from dense tropical vegetation. Later that year it was shown in an exhibition at the Pierre Matisse Gallery in New York, where it created controversy. The painting depicted the tension between Modernism and the vibrancy and energy of African culture. The Jungle was ultimately purchased by the Museum of Modern Art N.Y. It is often compared to Picasso's Guernica, which is hung in the Museo Reina Sofía in Madrid.

Lam continued to simplify and synthesize abstraction yet continued painting figurally; he also kept on developing the mythology and totemism that defined his style. In 1944 he married Helana Holzer, whom he divorced in 1950. In 1946 he and Breton spent four months in Haiti. There Lam enriched his already extensive understanding and knowledge of African divinity and magic rituals through observing Voodoun ceremonies, although he later said that his contact with the African spirituality that he found throughout the Americas did not directly impact his formal style. African poetry, on the other hand, was said to have had a broadening effect on his paintings. In 1950 he worked with René Portocarrero and others; in the village of Santiago de Las Vegas, the group of painters worked on ceramic. Lam settled in Paris in 1952 after having divided his time between Cuba, New York and France.

Lam, who continued to sympathize with the common man, exhibited a series of paintings at Havana University in 1955 to demonstrate his support for the students’ protests against Batista's dictatorship. Similarly, in 1965, six years after the revolution, he showed his loyalty to Castro and his goals of social and economic equality by painting El Tercer Mundo (The Third World) for the presidential palace. In 1960 Lam established a studio in Albissola Marina on Italy's northwest coast and settled there with his wife Lou Laurin, a Swedish painter, and their three sons. In 1964, he was awarded the Guggenheim International Award and between 1966 and 1967 there were many retrospectives of his work throughout Europe. At the encouragement of Asger Jorn and after being intrigued by the local pottery-making, Lam began to experiment with ceramics and had his first ceramic exhibition in 1975. He progressed to model sculptures and cast in metal in his twilight years, often depicting personages similar to those he had painted.

Wifredo Lam died on September 11, 1982 in Paris. Having had over one hundred personal exhibitions around the world, Lam had a well established reputation by the time of his death.

Lam, like many of the most renowned artists of the 20th century, combined radical modern styles with the "primitive" arts of the Americas. While Diego Rivera and Joaquín Torres García drew inspiration from Pre-Columbian art, Wifredo Lam was influenced by the Afro-Cubans of that time. Lam dramatically synthesized the Surrealist and Cubist strategies while incorporating the iconography and spirit of Afro-Cuban religion. For that reason, his work does not belong to any particular art movement.

He held the belief that society focused too much on the individual and sought to show humanity as a whole in his artwork. He painted generic figures, creating the universal. To further his goal, he often painted mask-like faces. While Cuban culture and mythology permeated his work, it dealt with the nature of man and therefore was wholly relatable to non-Cubans.

Opened in 1983, the Wifredo Lam Center for Contemporary Art (in Spanish: Centro de Arte Contemporáneo Wifredo Lam) is a state-run gallery in tribute to Lam and located in Havana, Cuba. This art gallery is responsible for the organization of the Bienal de la Habana, Cuba, a permanent art collection of approx. 1000 works, and research and study of contemporary visual arts in developing countries.

In 2015 a retrospective exhibition of his works opened at the Centre Georges Pompidou in Paris; this exhibition is to travel to the Reina Sofia Museum in Spain and the Tate Museum in London afterwards.

The Jungle, which is considered Lam's masterpiece, is exemplary of the artist's mature style. The polymorphism, for which Lam is well known, juxtaposes aspects of humans, animals, and plants, creating monstrous, hybrid creatures. The dense composition creates a claustrophobic feeling while the forms remain difficult to differentiate. The figures’ elongated limbs lack definition, while much emphasis is placed on their large feet, round buttocks, and African-inspired masked heads. Additionally, the iridescent quality of the forms enhances the painting's tropical feeling.

The Jungle was not, however, intended to describe the primitivism of Cuba. Rather, Lam's intention was to depict a spiritual state—that which is surely inspired by Santería; he sheds light on the absurdity that has become Afro-Cuban culture and more specifically on the way their traditions were cheapened for tourism. He sought to describe the reality of his people through the powerful work and gained acclaim and fame for doing so.

The contents of this page are sourced from Wikipedia article. The contents are available under the CC BY-SA 4.0 license.
View Wifredo Lam 's image gallery
Image Gallery 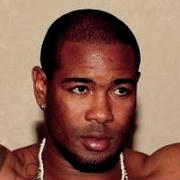