Whitney Tilson (born 1966) is an American investor, author, and philanthropist. Tilson manages the hedge fund Kase Capital (formerly T2 Partners LLC). Tilson co-authored the books, The Art of Value Investing: How the World's Best Investors Beat the Market (published in May 2013) and More Mortgage Meltdown: 6 Ways to Profit in These Bad Times (published in May 2009), has written for Forbes, the Financial Times, Kiplinger’s, The Motley Fool and TheStreet.com, and was one of the authors of Poor Charlie's Almanack (ISBN 1578645018). He is a CNBC contributor, was featured in a 60 Minutes segment in December 2008 about the housing crisis that won an Emmy Award, was one of five investors included in SmartMoney Magazine’s 2006 Power 30, was named by Institutional Investor in 2007 as one of 20 Rising Stars. He has appeared as a guest on Bloomberg TV and Fox Business Network, and was on the cover of the July 2007 Kiplingers. He has been profiled by the Wall Street Journal and theWashington Post. Tilson co-founded the Value Investing Congress, a biannual investment conference in New York City and Las Vegas, and Value Investor Insight, an investment newsletter.

Tilson was born in New Haven, Connecticut in 1966 and spent much of his childhood in Tanzania and Nicaragua (his parents are both educators, former Peace Corps members, and have retired in Kenya). He attended Bing Nursery School while his father worked toward his doctorate in education at Stanford, and was one of the children that took part in the Stanford marshmallow experiment (also see: Don't! The Secret of Self Control).

In 2004, Tilson created the Value Investing Congress with John Schwartz. In October 2010, David Einhorn presented St. Joe Corporation as a short idea. Following this presentation the stock declined in value by 10% on the day. Other notable speakers at the Congress have included: William Ackman, Leon Cooperman, Julian Robertson, and Mohnish Pabrai.

When Google went public in 2004, Tilson stated in a 2004 Motley Fool article, "Google with the same market cap of McDonald's (a stock I own)?! HA! I believe that it is virtually certain that Google's stock will be highly disappointing to investors foolish enough to participate in its overhyped offering -- you can hold me to that." Note: Since then (as of 10/18/13) Google has gone on to give its investors a return of over 1050%.

Tilson is involved with a number of charities focused on education reform and Africa. For his philanthropic work, he received the 2008 John C. Whitehead Social Enterprise Award from the Harvard Business School Club of Greater New York. He is a member and past Chairman of the Manhattan chapter of the Young Presidents’ Organization and serves on the board of the Knowledge is Power Program (KIPP), Academy Charter Schools in NYC and the National Alliance for Public Charter Schools. He is also one of the founders of Democrats for Education Reform, which aims to move the Democratic Party to embrace genuine school reform.

In 2010, Tilson was featured in an education reform documentary film, A Right Denied: The Critical Need for Education Reform. In the film Tilson explores the twin achievement gaps (between the U.S. and its economic competitors, and between low-income, minority students in the US and their wealthier peers) and advocates for a school reform agenda. 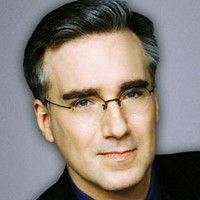 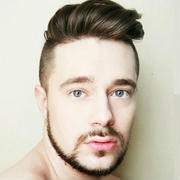 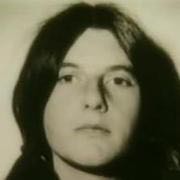 American murderer and a former member of Charles Manson's "Family"