Wesley Robert Edens is an American businessman, private equity investor and sports team owner. Edens is a co-owner of the Milwaukee Bucks, a National Basketball Association (NBA) franchise based in Milwaukee, Wisconsin, along with Marc Lasry. He also owns the League of Legends team FlyQuest.

Edens received a B.S. in Finance and Business Administration from Oregon State University in 1984. He began his career in 1987 at Lehman Brothers where he was a Partner and Managing Director until 1993. He then went to Black Rock BlackRock's private equity division BlackRock Asset Investors and was there until 1997 as a partner and managing director.

Wes Edens was one of five principal partners—Peter (Pete) Briger, Jr., Robert (Rob) Kauffman, Randal (Randy) Nardone and Michael Edward (Mike) or (Novo) Novogratz—who founded Fortress Investments in 1998. Edens investment style was described in a 2007 The Wall Street Journal article as one based on "contrarian bets, creative financing and a knack for building business from investments." Fortress became the first publicly traded buyout firm on February 9, 2007 with Eden and his partners taking the company public through its initial public offering. Fortress had sold an 8% share to the public for $600 million by 2009.

By 2007 Fortress assets under management included both private equity and publicly traded alternative investment vehicles—fourteen private equity funds, four hedge funds, and two real estate vehicles, and went public. When the Japanese financial holding company, Nomura Holdings acquired 15% of Fortress for $888 million in December 2006 with proceeds going to the five principals, Edens and his partners became paper billionaires. Edens became Co-Chairman of the Board of Directors at Fortress in 2009, and helped the company, which saw its stock price fall to below one dollar after the subprime mortgage crisis, resurge by offering subprime lending. He served as Chairman of Fortress Transportation and Infrastructure Investors LLC from 2015 to May, 2016.

In January 2017 Fortress announced the creation of an eSports (professional video gaming) team called FlyQuest. The team currently has a League of Legends team that competes in the North American League of Legends Championship Series (NA LCS).

Edens, who runs Fortress’s private equity business, was the catalyst at Fortress behind the purchase of subprime lender Springleaf Financial Services—then known as AIG's American General Finance. which made Fortress the Springleaf's majority stakeholder. By 2015 the value of Springleaf Holdings Inc. had ballooned to "$3.5 billion — putting the firm’s gain at more than 27 times Fortress’s original investment of $124 million in 2010." Edens was heralded as the "new king of subprime lending" by The Wall Street Journal. Edens is chairman of the subprime lender Springleaf Financial Services—formerly known as AIG's American General Finance. Fortress acquired 80% of Springleaf in August 2010 for $125 million and used Springleaf and Nationstar to "build out a financial-services business within its private-equity unit, which manages $14.3 billion in assets."

Edens' is chairman of Nationstar Mortgage, formerly known as Centex Home Equity Company, LLC, a subprime home equity mortgage lender, which was acquired by Fortress for $575 million in 2006. In 2005 Centex was "operating in major U.S. markets in 25 states and delivered more than 33,000 homes in the United States." In 2014 Edens' connection to Nationstar Mortgage was cited by opponents of a proposed public-financing deal for the construction of a new arena the Wisconsin Entertainment and Sports Center. They advocated for more public resources to rehabilitate foreclosed homes managed by Nationstar.

In 2014 Edens and Marc Lasry purchased the Bucks from Herb Kohl for $550 million, promising to keep the team in Wisconsin and build a new arena to replace the BMO Harris Bradley Center. 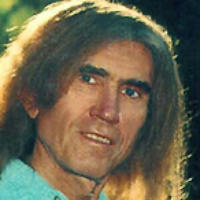