Wen Yang (Chinese: 温阳; born 7 July 1988 in Shandong) is a Chinese chess player. In 2008, he became China's 25th Grandmaster. He achieved the norms required for the grandmaster title at the 2006 World Junior Chess Championship and the 2007 Asian Chess Championship.
He has competed in two FIDE World Cups. In 2007, Wen Yang was defeated by ½-1½ by Zoltán Almási in the first round and as a result was eliminated from the tournament. In the 2015 edition, he knocked out Igor Kovalenko in the inaugural round to reach the second, where he lost to Peter Leko.
In 2008 Wen Yang was a member of the silver medal-winning team Qi Yuan Club in the 1st Asian Club Cup in Al Ain. In 2012 he played for China's second team in the Asian Team Chess Championship. Wen plays for Shandong in the China Chess League (CCL). 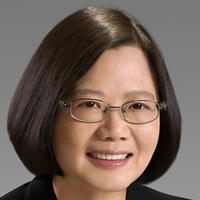