Wellington was signed by Internazionale in summer 2002. He was loaned to satellite club Spezia in 2003/04 season, and left for Vis Pesaro and A.C. Sansovino in 2004/05. 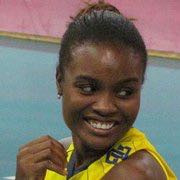