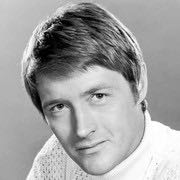 From September 6 to December 27, 1967, Maunder starred as 28-year-old Lieutenant Colonel George Armstrong Custer (1839–1876), during the time that Custer was stationed in the American West. The program, Custer, aired on ABC at 7:30 Eastern on Wednesday, opposite NBC's established western, The Virginian starring James Drury and Doug McClure. The program ended after seventeen episodes.

Maunder's next series was a second western, CBS's Lancer, with co-stars Andrew Duggan, James Stacy, and Paul Brinegar. Lancer ran from 1968 to 1970, with an additional rebroadcast cycle in the summer of 1971.

Maunder's last regular series, Chase, is a 21-episode drama about an undercover police unit which aired on NBC during the 1973-1974 television season, co-starring Mitchell Ryan as Chase Reddick and Reid Smith as officer Norm Hamilton. Maunder played the role of police Sergeant Sam MacCray, one of whose duties was to handle the police dog named "Fuzz". A Jack Webb production, Chase was created by Stephen J. Cannell.

Maunder was born in Four Falls in the Canadian province of New Brunswick, but was reared, along with four siblings, in Bangor, the seat of Penobscot County, Maine, where he moved when he was four years old, and which he considered to be his hometown. His mother was Lydia Maunder (1913–1980).

Maunder graduated in 1957 from Bangor High School, where he played football and baseball.

He attempted to enter Major League Baseball but failed in tryouts with the Milwaukee Braves, San Francisco Giants, and Pittsburgh Pirates.

Maunder then spent a few years in the United States Naval Reserve and went on a training mission on the aircraft carrier, the USS Leyte.

He studied English literature plus drama at El Camino College Compton Center, then known as Compton Junior College in Compton, California. He participated in an amateur play and was soon bitten by the acting bug.

He headed to Broadway and studied in 1961 under Stella Adler during the day and waited tables at Grand Central Station in the evenings. He participated in stock companies and acted in productions of Hamlet, Othello, and Much Ado About Nothing with the American Shakespeare Company on Long Island.

In 1965, while acting in a role in The Knack at the Red Barn Theater on Long Island, at a salary of $100 per week plus room and board, Maunder signed a contract with a management agency.

Maunder made his first ever screen appearance on February 4, 1967, as Michael Duquesne in the episode "Race for the Rainbow" of the ABC western The Monroes, starring Michael Anderson, Jr., and Barbara Hershey. Maunder was credited as John Wilder on The Monroes but decided thereafter to return to his own name.

Maunder returned to Los Angeles, where he secured his first screen role under his real name, as Lt. Col. Custer in the eponymous 20th Century Fox production. He grew a moustache to accompany his long blond hair for the part of the American Indian Wars icon. The short-lived series, which took over The Monroes time slot, involved many stunts and difficult parts, but was quickly defeated by The Virginian, and Lost in Space on CBS, and dropped from the ABC schedule by the end of 1967.

The fictitious Scott Lancer was born in California, but reared in Boston, Massachusetts, by his maternal grandfather, Harlan Garrett. A Civil War veteran, Scott was a lieutenant in the cavalry under General Philip Sheridan. He spent time in a Confederate States of America prisoner of war camp. He attended Harvard University near Boston and was once engaged to a girl named Julie Dennison.

By contrast to Scott, Johnny Lancer, played by James Stacy, Scott's half-brother, was born to a Mexican woman and had been a gunslinger under the name "Johnny Madrid" for several years before he attempted to settle down on the family's Lancer ranch.

As the educated older son of Andrew Duggan's patriarchial figure of Murdoch Lancer, Maunder wore short hair and removed the moustache from his Custer role. Like Custer, Lancer was a 20th Century Fox production and also required action scenes and horseback-riding.

Between Custer and Lancer, Maunder appeared on three ABC series: the pilot episode of Kung Fu series with David Carradine, twice on The F.B.I. with Efrem Zimbalist, Jr., as Knox in "Time Bomb" (1970) and as Earl Gainey in "The Fatal Showdown" (1972), and as Don Pierce in the episode "Crossfire" of the police drama The Rookies (1973).

Maunder appeared as attorney Mike Barrett in the 1971 20th Century Fox film The Seven Minutes, a drama about a banned book and a rape which created chaos in a town. His costars included Philip Carey, John Carradine, Jay C. Flippen, Harold J. Stone, and Tom Selleck. The film was directed by Russ Meyer.

After Chase, Maunder appeared in four remaining guest-starring roles: NBC's Police Story (twice in 1975), a creation of Joseph Wambaugh, ABC's The Streets of San Francisco with Karl Malden (1977), as Deputy Burt Campbell in the 1979 episode "Copy-Cat Killings" in Buddy Ebsen's CBS series Barnaby Jones, and as Cavanaugh in the film Porky's (1982).

In August 2018, Luke Perry was cast to portray Maunder in Once Upon a Time in Hollywood.

Maunder resided in the Greater Los Angeles Area. In 1967, Maunder married the former Lucia Maisto. The couple's son, Dylan T. Maunder, was born the next year in 1968.

The contents of this page are sourced from Wikipedia article on 07 Apr 2020. The contents are available under the CC BY-SA 4.0 license.
View Wayne Maunder 's image gallery
Image Gallery 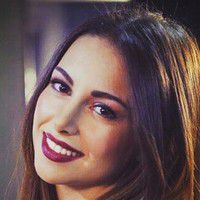 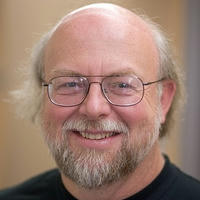