Wayne G. Hammond (Wayne Gordon Hammond; born February 11, 1953 in Cleveland, Ohio) is a scholar known for his research and writings on the works of J. R. R. Tolkien. He earned a Bachelor of Arts degree with Honors as an English major at Baldwin-Wallace College in 1975 and Master of Arts in Library Science from the University of Michigan in 1976. Since then he has been the Assistant Librarian of the Chapin Library of Rare Books at Williams College.
In 1994 Hammond married fellow Tolkien scholar Christina Scull and the two have since collaborated on several projects. He is a regular contributor to publications of the Mythopoeic Society. 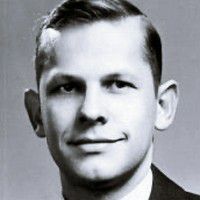