Warren Griffin III (born November 10, 1970) better known by his stage name Warren G, is an American West Coast rapper and hip hop producer. Griffin began his career as part of the California hip-hop trio 213 but is best for known for his work as a solo artist, most notably for his first two studio albums, Take a Look Over Your Shoulder and Regulate...G Funk Era, which are certified gold and triple platinum respectively by the Recording Industry Association of America (RIAA). In total, Griffin has released six studio albums as a solo artist, one as part of 213 and two EPs.

In addition to music, Griffin has appeared in four movies and three television shows and is a playable character in the video games Rap Jam: Volume One and Def Jam: Fight For NY.

In the early 1990s, Warren G was a member of the Long Beach, California hip hop trio 213. The group also featured Snoop Dogg and Nate Dogg. After the solo success of the former with Death Row Records, the latter and Warren G appeared on the 1993 single "Indo Smoke" by Mista Grimm which was featured on the Poetic Justice soundtrack. The two followed this up in 1994 with their own single, the smash hit "Regulate" which appeared on the Above the Rim soundtrack. The track was later featured on Warren G's solo debut album, Regulate... G Funk Era, which, due to the success of "Regulate," debuted at #2 on the US Billboard Top 200 Album Chart and went on to sell over 3 million copies.

Warren G's second album, Take a Look Over Your Shoulder, released in 1997, featured the hits "I Shot the Sheriff" and "Smokin' Me Out." The album was certified gold in America.

From June to September 2013, Warren G toured on the West Coast Fest tour.

Warren G is the stepbrother of rapper and producer Dr. Dre. He assisted with production on Dre's 1992 solo debut The Chronic by providing samples and beats. As of 2016, he has a net worth of $10 million. He is the 99th richest rapper above rap duo Mobb Deep (Havoc and Prodigy).

The Mayor of Long Beach, California dedicated the week of August 1-6, 2005 as the "Warren G Week," because he donated time to the community. His album Regulate...G Funk Era is widely considered a classic of West Coast rap.

The contents of this page are sourced from Wikipedia article on 19 Oct 2020. The contents are available under the CC BY-SA 4.0 license.
View Warren G 's image gallery
Image Gallery 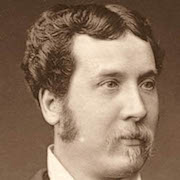 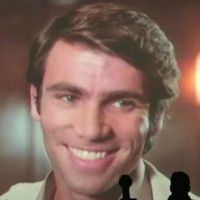 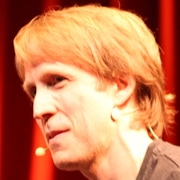