Wang Anyi (born 6 March 1954) is a Chinese writer. The daughter of renowned writer Ru Zhijuan, Wang is considered a leading figure in contemporary Chinese literature. She has been vice-chair of China Writers Association since 2006, and professor in Chinese Literature at Fudan University since 2004.

Wang's stories are frequently set in her hometown Shanghai, and David Der-wei Wang has called her the "new successor to the Shanghai School". Wang also regularly writes about the countryside in Anhui, where she was "sent down" during the Cultural Revolution.

The second of three children of playwright Wang Xiaoping (王啸平) and story writer Ru Zhijuan (茹志鹃), Wang Anyi was born in Nanjing in 1954, but moved to Shanghai at age 1 with her parents. Wang was raised in a well-protected family off wealthy Huaihai Road and developed a habit of reading herself to sleep at a young age. She has an elder Wang Annuo (王安诺) and a younger brother Wang Anwei (王安桅).

In 1969, after graduating from middle school, Wang was "sent down" to the countryside of Wuhe County, Anhui—then an impoverished province plagued by famine. The rustication experience traumatized her. In the late 1980s, Wang said: "When I left, I left with the feelings of escaping from hell."

During the lonely years in the countryside, "reading books and writing in my diary became even more precious to me". Wang had hoped to enter a university as a Worker-Peasant-Soldier student but without a recommendation her dream was not realized. However, as she could play the accordion, in 1972 she found a position in the Xuzhou Song and Dance Cultural Troupe to play the cello. During her spare time she continued to write, and began to publish short stories in 1976. She was permitted to return to Shanghai in 1978 and worked as an editor of the literature magazine Childhood (儿童时代).

In 1980 Wang became a professional writer, and that year received training from the China Writers Association at the Lu Xun Literary Institute. Her earlier works focused on individual experiences rather than the collective, politics-oriented literature advocated by the state. In 1982 and 1983, her short story "The Destination" and novella Lapse of Time won national awards. In Lapse of Time, Wang shifted from emotional intensity in her previous work to the mundane day-to-day lives. But it was a 1983 trip to Iowa City, Iowa, United States for the International Writing Program, with her mother Ru Zhijuan, that redefined her career. There she met writer Chen Yingzhen, a social activist and Chinese nationalist from Taiwan, whose humanistic worldview and encouragement strongly influenced her. This experience "led to the profound discovery that she was indeed Chinese and to the decision to 'write on China' when she returned". In her first major work after the trip, the award-winning novella Baotown (1985), Wang focused on the culture of rural China, drawing from her own experience. The benevolent child protagonist is contrasted with selfish, prejudicial, cruel and close-minded adult villagers, and Ying Hong remarked that Wang used "words that carry not the least hint of subjectivity she casually tosses forth a whole string of 'slices of life'."

Since Baotown, Wang began exploring social taboo subjects. Her three novellas on forbidden carnal love, namely Love on a Barren Mountain (1986), Love in a Small Town (1986), and Brocade Valley (1987), provoked much controversy despite virtually no depictions of sex. Her 1989 novella Brothers made forays into the fragile same-sex, non-sexual female bond. However, in a 1988 interview Wang stated her "purpose and theme" have been consistently about man and love.

Wang's most famous novel, The Song of Everlasting Sorrow, traces the life story of a young Shanghainese girl from the 1940s all the way till her death after the Cultural Revolution. Although the book was published in 1995, it is already considered by many as a modern classic. Wang is often compared with another female writer from Shanghai, Eileen Chang, as both of their stories are often set in Shanghai, and give vivid and detailed descriptions of the city itself.

A novella and six of her stories have been translated and collected in an anthology, Lapse of Time. In his preface to that collection, Jeffrey Kinkley notes that Wang is a realist whose stories "are about everyday urban life" and that the author "does not stint in describing the brutalising density, the rude jostling, the interminable and often futile waiting in line that accompany life in the Chinese big city".

Wang has tried other forms of writing. In 1996 Wang co-wrote the period film Temptress Moon with director Chen Kaige and Shu Kei. In 2007, she translated Elizabeth Swados' My Depression: A Picture Book from English.

Wang has been a professor in Fudan University since 2000s.

Wang's husband is Li Zhang. They have no children.

Wang was also a finalist for the 4th Man Booker International Prize in 2011. 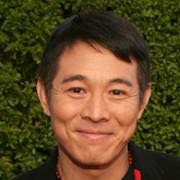