Wandile Sihlobo (born 16 October 1990) is a South African agricultural economist. He is the chief economist of the Agricultural Business Chamber of South Africa. He was appointed as a member of President Cyril Ramaphosa's Presidential Economic Advisory Council in 2019 after serving on the Presidential Expert Advisory Panel on Land Reform and Agriculture between 2018 and 2019. He is a columnist for Business Day, Fin24, and Farmer's Weekly magazine.

Sihlobo was born in Eastern Cape, South Africa. He received his Bachelor of Science in Agricultural Economics from the University of Fort Hare in 2011. He received his M.Sc. from Stellenbosch University in 2016, with a thesis entitled 'An Evaluation of Competitiveness of South African Maize Exports'. As a young student, he engaged in activities with the Black Management Forum, International Food and Agribusiness Management Association and Agricultural Economics Association of South Africa.

In 2013, at the age of 23, Sihlobo was appointed as an economist at Grain South Africa (Grain SA) where he was mainly responsible for macroeconomics, grain market and international trade research. In 2016, he became Head of Economic Research at the Agricultural Business Chamber of South Africa, later being promoted to Chief Economist in 2018. He and co-author Dr. Tinashe Kapuya received the second prize for Best Contributed Research Paper at the 52nd Annual Agricultural Economics Association of south Africa (AEASA) Conference in 2014 for their paper titled 'South African maize exports: a strategic export market analysis model approach'. Sihlobo published his first book, Finding Common Ground: Land, Equity and Agriculture, in 2020 which summarises previously published work that describes South African land reform and the farming sector.

Agricultural Writers SA named Sihlobo the 'Agriculturalist of the Year' in 2018 for his numerous articles in newspapers and magazines and his engagement with the general public on Twitter. He was also featured in the Mail & Guardian's eminent 200 Young South Africans in Business and Entrepreneurship edition in 2019. 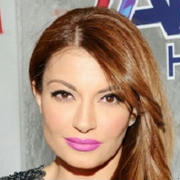 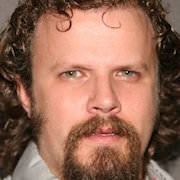