Rev Dr Walter Young DD FRSE (1745–1814) was an 18th/19th century Scottish minister of the Church of Scotland remembered primarily as a musician and collector of Scottish songs. He was an influence on Robert Burns.

He made especial study of "luinigs" of the Western Isles: short, repetitive songs used for work tasks in the home.

He was born in Haddington in East Lothian in 1745, the son of David Young, rector of the local grammar school.

He was licenced to preach by the Church of Scotland in 1769 and ordained at Haddington. In 1771 he became minister of Erskine Parish Church.

He was a friend of John Ramsay of Ochtertyre and Rev Patrick MacDonald of Kilmore, and worked on song collecting together. Robert Burns consulted him at least once and several of the "Traditional" songs listed by Burns are probably sourced from Young.

In 1784 he was elected a Fellow of the Royal Society of Edinburgh. His proposers were Andrew Dalzell, William Robertson, and Alexander Carlyle.

He died in Erskine manse on 6 August 1814. He is buried in Old Erskine Parish churchyard, now on the B815. The grave is marked by an obelisk.

The contents of this page are sourced from Wikipedia article on 20 Apr 2020. The contents are available under the CC BY-SA 4.0 license.
comments so far.
Comments
From our partners
Sponsored
Reference sources
References
https://www.royalsoced.org.uk/cms/files/fellows/biographical_index/fells_indexp2.pdf
https://canmore.org.uk/site/43346/old-erskine-parish-church-and-graveyard
https://www.findagrave.com/memorial/183673862/walter-young
Trending today in 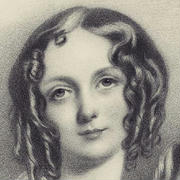