He was born in Shaler Township, Pennsylvania. He was educated at the Wakeam Academy and was admitted to the bar as an attorney in 1876. In 1889, he was appointed as United States District Attorney for the Western District of Pennsylvania. He resigned from this position in 1893 to run for Pennsylvania State Senate; he served in this body for one term until his election as Lieutenant Governor. After leaving politics, he founded the Pittsburgh law firm of Lyon, Hunter & Burke. He later retired to Sewickley, Pennsylvania.

The contents of this page are sourced from Wikipedia article on 14 Jun 2020. The contents are available under the CC BY-SA 4.0 license.
comments so far.
Comments
From our partners
Sponsored
Reference sources
References
http://politicalgraveyard.com/bio/lyon.html
https://books.google.com/books?id=hfoMAAAAYAAJ&pg=PA393&lpg=PA393&dq=lieutenant+governor+walter+lyon&source=bl&ots=ij_tqmTsT7&sig=rjj4pCl_eXFDbOt6NYUSfYplAKE&hl=en&sa=X&ei=NdTbUoXwAoOxsASm4YGwCw&ved=0CCcQ6AEwADgK#v=onepage&q=lieutenant%20governor%20walter%20lyon&f=false
Trending today in 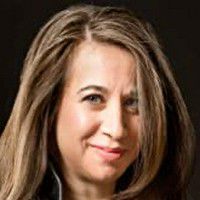