Walter Linsley Meegan (185-1944) was an English painter who is known for landscape painting. He painted in oil and was particularly well-known for his harbor and moonlit scenes. His artwork was very popular in the United States and the United Kingdom.

Walter Linsley Meegan was born in 1859, in Leeds, U.K., to Henry Patrick Meegan and Jane Meegan (nee Linsley). He had seven siblings.

Meegan studied at Leeds School of Art where he won numerous awards in arts at an early age. Meegan married Agnes Linsley Meegan (nee Mahoney,) with whom he had ten children. He  used to sign his early works using his wife's maiden name, "Linsley."

Meegan and family migrated to America and opened a studio on Fifth avenue in New York, where he earned considerable praise and acclaim for his work. After the death of his youngest child, and his wife's homesickness, the family moved back to Leeds and eventually settled in Scarborough, North Yorkshire. In Scarborough, he studied art under the celebrated English painter John Atkinson Grimshaw, and his work is heavily influenced by Grimshaw's style. 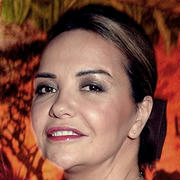