Walter Iooss Jr. (/ˈjoʊs/; born May 15, 1943 in Temple, Texas) is an American photographer best known for his award-winning images of sports' greatest athletes, including Michael Jordan, Kelly Slater, Tiger Woods, Scottie Pippen, and Muhammad Ali. He has been called "the poet laureate of sports."
Iooss began his career shooting for Sports Illustrated and has contributed to the magazine for more than 50 years. He has also photographed for the magazine's Swimsuit Issue for four decades. He is represented by Stockland Martel.

Born in Temple, Texas, Walter Iooss moved at the age of five from Temple to East Orange, New Jersey. In 1959, at the age of 16, he shot his first roll of film at a professional football game with a camera his father bought him. The following year he attended the German School of Photography in New York City during the summer. One year later, at the age of 17 years, Walter got his first assignment from Sports Illustrated—-the same year he graduated from East Orange High School. Two years later he shot his first cover for Sports Illustrated, but five more years would bring about a change of pace for Walter. Contrary to the sports images that he had been shooting, he then became an in-house photographer for Atlantic Records. In 2004 he was awarded with the LUCIE Lifetime Achievement Award for Sports Photography.

From 1968 through 1972, Iooss was an in-house photographer for Atlantic Records in New York, where his subjects included performers like James Brown, Jimi Hendrix and Janis Joplin.

In 1982, Iooss was recruited by Fujifilm to work on an extended study of athletes who were working their way to the 1984 Summer Olympics in Los Angeles. The two-and-a-half-year project required him to leave his position on the staff of Sports Illustrated (though he continued to contribute) and resulted in the publication of the book Shooting for the Gold.

In the late 1980s, Iooss was commissioned to photograph advertising campaigns for Camel cigarettes.

In 1993, Iooss' work was featured on 27 baseball cards in an Upper Deck set dubbed "The Iooss Collection."

Though he has worked with athletes and models, Iooss has also photographed Cuban children playing ball in the street and captured the raw desire of Thai kickboxers. According to Iooss, "The real joy of photography is these moments. I'm always looking for freedom, the search for the one-on-one. That's when your instincts come out."

Iooss is married to Eva Iooss, with whom he has two sons, Christian and Bjorn. 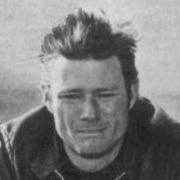