Walter Gretzky, CM, O.Ont (born October 8, 1938) is a Canadian who is best known as the father of ice hockey legend Wayne Gretzky. The elder Gretzky, an avid hockey player as a youth and a keen analyst of the game, is credited by his famous son as playing a key role in his phenomenal success as a player. Walter coached his hockey-loving son continuously, starting at age three, building him a backyard rink, devising creative exercises and drills, teaching him profound insights into how to play successfully, and accompanying him to most of his games. He is famous for instructing Wayne and his brothers to “Go to where the puck is going, not where it has been."

The elder Gretzky is well known in his own right for his contributions to minor hockey in Canada, and for his dedication to helping many local, provincial, and national charities, for which he has been honoured and recognized.

The Gretzky family were landowners in the Russian Empire, and supporters of Tsar Nicholas II originally from Grodno (now in the Republic of Belarus). Prior to the outbreak of the Russian Revolution, Gretzky's father Anton ("Tony") Gretzky (Ukrainian: Антон Грецький; pronounced Hretskyy), a white émigré, immigrated along with his family to Canada via the United States from Ukraine. Following World War I, Anton, who served in the Canadian Expeditionary Force, would marry his wife, Mary, who immigrated from Pidhaitsi, interwar Poland (now Ukraine).

Gretzky's ancestry is typically described as either Belarusian, Ukrainian, or Polish. In interviews, Walter Gretzky has stated that his parents were "White Russians from Belarus", and whenever anyone asked his father if they were Russian, he would reply, "Nyet. Belarus." On other occasions he has mentioned his family's Polish ancestry. However, "the only Slavic language spoken in the Gretzky family [was] Ukrainian," of which Walter was a fluent speaker from birth.

Tony and Mary owned a 25-acre (10 ha) cucumber farm in Canning, Ontario where Walter Gretzky was born and raised. This is where he met his future wife, Phyllis Hockin at a wiener roast when she was 15 and he was 18. She was related to British General Sir Isaac Brock, a hero of the War of 1812. They married in 1960, and moved to Brantford, Ontario, where Gretzky worked for Bell Telephone Canada. The family moved into a house on Varadi Avenue in Brantford seven months after the birth of their son, Wayne Gretzky, chosen partly because it was flat enough to make an ice rink on every winter. The couple would later have a daughter, Kim (b. 1963), and three more sons, Keith, Glen and Brent. Unlike Walter, who did Sharp ViewCam commercials with Wayne and Wayne's son, Ty, Phyllis Gretzky mostly refused to embrace the celebrity that sprang from their son's exploits, although she did a commercial with Wayne for ProStars Cereal in the 1980s, and appeared in the video Wayne Gretzky: Above and Beyond (1990).

Walter was an excellent athlete in high school. He excelled in track, setting school records in running, pole vault, and long jump. However, he was even better at hockey, and in his teens was a prolific goal-scorer during five years of play with the Junior B-level Woodstock Warriors. He set his sights on the National Hockey League (NHL), and some thought he was destined to make it there. A local car salesman, in order to encourage the rising hockey star, bestowed a new car on him for a nominal charge, so that he could more easily drive to hockey games in and around Woodstock. But his size and weight, at 5-foot-9 inches and 140 lbs, was a problem. He tried out for a major team at the Junior A level, but unfortunately, just a few weeks beforehand, came down with chicken pox, losing considerable weight. Although he scored just as many goals in the tryout game as any of his fellow hopefuls, he was judged to be too small for the higher league. He returned to play with the Woodstock team.

Walter was an installer and repairman for Bell Canada for 34 years, retiring in 1991. A work-related injury he suffered in 1961 left him in a coma, and resulted in deafness in his right ear. Five days after his 53rd birthday in 1991, he suffered a near-fatal brain aneurysm which destroyed his short-term memory. His physical therapist, Ian Kohler, married his daughter Kim in 1995. His ordeal is the basis of the CBC movie Waking Up Wally: The Walter Gretzky Story. He spends his time helping charities and fundraisers and coaching at his summer youth hockey camp in California. In his book Walter recounts that during his recovery from his brain aneurysm, the only language he could speak was Ukrainian.

Some said that his son Wayne, lauded by most sportswriters and the NHL itself as the greatest hockey player who ever lived, had God-given abilities. But Wayne gave a great deal of credit to his father's brilliant coaching.

The elder Gretzky devised numerous creative ways to develop hockey skills. Walter's drills were his own invention, but were ahead of their time in Canada. Gretzky would later remark that the Soviet National Team's practice drills, which impressed Canada in 1972, had nothing to offer him: "I'd been doing these drills since I was three. My Dad was very smart."

Some say I have a 'sixth sense' . . . Baloney. I've just learned to guess what's going to happen next. Its anticipation. It's not God-given, its Wally-given. He used to stand on the blue line and say to me, 'Watch, this is how everybody else does it.' Then he'd shoot a puck along the boards and into the corner and then go chasing after it. Then he'd come back and say, 'Now, this is how the smart player does it.' He'd shoot it into the corner again, only this time he cut across to the other side and picked it up over there. Who says anticipation can't be taught?

In his autobiography, Wayne describes how his Dad would teach him the fundamentals of smart hockey, quiz style:

From September 2004 to April 2005, Walter was an assistant coach for the University of Pittsburgh inline hockey team. A long time friend of head coach Bob Coyne, Walter was hired by team president Ryan Gaus as an assistant coach, along with Bob Bradley and Tim Fryer. Pitt participated in the Eastern Collegiate Roller Hockey Association (ECRHA) at the Division I level.

Walter has been working for the CNIB (formerly the Canadian National Institute for the Blind). The entire Gretzky family is now associated with the CNIB.

The Gretzkys support of the CNIB started when Walter’s son Wayne was 19 years old. Two completely blind boys started to talk to him, and one recognized Wayne just by his voice. Wayne felt a sense of compassion, and persuaded his father to set up a golf tournament to raise cash for the CNIB. After eleven years, these tournaments have raised over three million dollars. These tournaments soon gained fame and attracted NHL players and celebrities. Brendan Shanahan, the Toronto Maple Leafs, Brett Hull, Gordie Howe, Scott Stevens, Mark Messier, Marty McSorley, Glen Campbell and Paul Coffey are among hockey names that have attended. Among celebrities that have attended; John Candy, Rob Lowe, Teri Garr, Alan Thicke, Jamie Farr, Bob Woods, Kevin Smith, and David Foster. All the money from these tournaments go across Canada to help visually impaired students have money and scholarships to go universities. At the first tournament, Walter had enough money raised to award three scholarships; now he awards 15 scholarships a year.

Another fundraiser that Walter Gretzky does is the SCORE program (Summer Computer Orientation Recreational Education). SCORE helps blind students learn computer skills that will be needed for jobs in the future, and increases blind student’s access to computer programs and internet applications. So far SCORE has provided over 500 career positions for visually impaired students.

Fans come to his house to see his basement, stuffed with mementos from Wayne's amateur career, and his backyard, which, every winter, was turned into a "rink" on which Walter taught his sons and their friends to play hockey. The "rink" was replaced by a swimming pool on the day Wayne was traded to the Los Angeles Kings. His other children – Kim, Keith, Glen, and Brent – were also athletic. Brent, drafted by the Tampa Bay Lightning, played 13 NHL games. Keith, drafted by the Buffalo Sabres in 1985, never made it to the NHL, but has coached in the minors (he was Brent's coach when both were with the UHL Asheville Smoke). Kim was an exceptional track and field star, but broke her foot at the age of 15 and never ran again.

He has written two books: On Family, Hockey and Healing (2003), and Gretzky: From Backyard Rink to the Stanley Cup (1985), in which he recounted how he recognized Wayne's prodigious skills and shaped him into the most prolific scorer in hockey history. In an unusually frank 1990 interview with the Los Angeles Times, Wayne recounted how Walter would build him up one minute and tear him down the next, reminding him constantly that he could never have an "average" game.

Phyllis died of lung cancer at Brantford General Hospital. Her mother, Betty Hockin, died in Brantford on January 7, 2006 from complications from a heart attack.

Walter Gretzky was named to the Order of Canada on 28 December 2007, "for his contributions to minor hockey in Canada, and for his dedication to helping a myriad of local, provincial, and national charities."

On February 12, 2010, Walter had the chance to carry the Olympic Torch during the Olympic Relay on the last day of the relay, hours before the Opening Ceremonies in Vancouver, British Columbia, where his son would light the Olympic Flame. 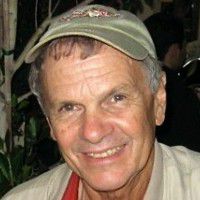 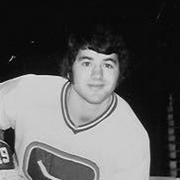