Dukes helped the Lakers win the 1956–57 NBA Western Division in his second season. While with the Pistons, he was named to the 1960 and 1961 NBA All-Star West Teams. Dukes averaged double figures in rebounds in six of his eight seasons in the NBA, and had career averages of 11.3 rebounds per game and 10.4 points per game.

Dukes led the NBA in personal fouls in 1958 (311) and 1959 (332) and led the NBA in disqualifications four consecutive seasons between 1958–59 and 1961–62 — still an NBA record. His 121 career disqualifications (in only eight seasons) rank second in the NBA to Vern Mikkelsen, and he holds the record for the highest career percentage of games fouled out (21.9%) for any player with over 400 games played.

On March 14, 2001, Dukes was found dead in his apartment in Detroit, Michigan. According to a police spokesman, he had been dead for about a month when his body was found. He died of natural causes, aged 70.

The contents of this page are sourced from Wikipedia article on 22 Apr 2020. The contents are available under the CC BY-SA 4.0 license.
comments so far.
Comments
From our partners
Sponsored
Reference sources
References
https://query.nytimes.com/gst/fullpage.html?res=9903E2DF143DF935A25750C0A9679C8B63
http://www.nba.com/history/records/regular_miscellaneous.html
http://espn.go.com/classic/obit/dukes_walter_obit.html
https://www.basketball-reference.com/players/d/dukeswa01.html
Trending today in 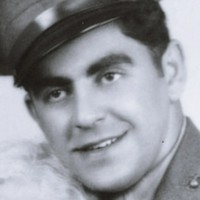