Dr. Wale Babalakin (Born Bolanle Olawale Babalakin) is a Nigerian businessman and a Lawyer. He is also a Senior Advocate of Nigeria (SAN) and a recipient of the Nigerian national honour of Officer of the Federal Republic (OFR) in 2007.

Dr. Wale Babalakin was born on 1 July 1960 in the ancient Nigerian city of Ibadan in Oyo State. His father, the Honourable Mr. Justice Bolarinwa Oyegoke Babalakin is a retired Justice of the Supreme Court of Nigeria, and his mother, Mrs. Ramotu Ibironke Babalakin, was a pioneer female hospital proprietress in Ibadan. He attended Sacred Heart Private School, then proceeded to the prestigious Government College, Ibadan (GCI) for his secondary school education and was the Banjo prize winner in Grier House in 1971.

For his 'A’ Levels, Babalakin attended The Polytechnic, Ibadan and was subsequently admitted into the University of Lagos in 1978, where he graduated as one of the best three students in the Faculty of Law in 1981. He proceeded to the Nigerian Law School where he was called to the Nigerian Bar in 1982.

In 1982, Wale Babalakin was one of only three Africans admitted into Corpus Christi College at Cambridge University for the pioneer Master of Laws Degree. Although his academic program was sponsored by his father, in 1984, he could not resist the allure and prestige of a Commonwealth Scholarship which in that year was only made available to three Nigerian students studying abroad and who were awarded the scholarship for outstanding academic performance. Wale Babalakin was awarded the LLM Degree in 1983 and proceeded immediately with his doctoral program. Dr. Babalakin received his PhD in 1986 on the eve of his 26th birthday.

Returning to Nigeria in 1986, Dr. Babalakin joined the firm of his esteemed mentor and father figure in the profession, Chief Frederick Rotimi Williams, where he worked for exactly a year. In July 1988, he established his own firm, Babalakin and Co. The firm Babalakin and Co blossomed and today is one of the leading law firms in Nigeria with over 60 lawyers in its Lagos, Abuja and Port-Harcourt offices. The firm has been engaged with very substantial number of litigations with some of them quite controversial, but being a fervent believer in the concept of "justice according to Law" and not according to the whims and caprices of the administrators of the law, Dr. Babalakin has found himself on many occasions taking positions which appear contrary to established views and sometimes quite confrontational to the authorities. Apart from making considerable mark as a practitioner, Dr. Babalakin's intellectual zeal has led him to the sphere of publishing of Law Reports. In 2009, the owners of Nigeria's first privately published Law Report, Optimum Law Publishers, which commenced in 1964 assigned their rights and interest in the Law Report to Babalakin and Co.

Dr. Wale Babalakin has an impressive list of business interests and achievements. After making major successes in the development of real estate, including the proprietorship of a few high rise buildings in Abuja and Lagos, he, through his Company Bi-Courtney Limited, applied for the concessioning of the Lagos Domestic Airport, the Murtala Mohammed Airport 2, after the said airport was razed by fire. Nobody gave the project a chance as it was considered too cumbersome for the capacity of a private company. Within three years of the concessioning however, and in the face of serious hostility and inconsistency on the part of government, Bi-Courtney Limited completed the new domestic airport now famously known as MMA2 which has been variously described as the best airport in Nigeria today and definitely the first airport terminal to be built in Africa with private funds without any support from the government.

Dr. Babalakin is also the Chairman of a major construction company known as Stabilini Visinoni Limited; Chairman of Resort International Limited, a hospitality and leisure company which is currently engaged in converting the former Federal Secretariat, Ikoyi in Lagos to luxury blocks of flats, and also the development of a 300 bed hotel at MMA2. Significantly, Dr. Babalakin's Bi-Courtney Highways Limited had also won the bid for the reconstruction of the Lagos-Ibadan Expressway until the Federal Government revoked it in November 2012.

In 2005, Dr. Wale Babalakin was appointed by the then President of the Federal Republic of Nigeria, Chief Olusegun Obasanjo, as a member of the National Political Reforms Conference where he served on the Legal Reforms Committee. He also served as the Chairman of the Constitution Drafting Sub Committee which was ultimately responsible for the drafting of the constitution. He was the Vice-Chairman of the Committee for the review of the Evidence Act. He also had the unique opportunity of serving as the Chairman of two committees of the Nigerian Bar Association, namely the Real Estate and Construction Law Committee of the Section on Business Law and the Government Practice Committee of the Section on Legal Practice.

Dr. Wale Babalakin's passion for education had led him into many aspects of the Nigerian education system and he has served in many positions that has helped impact the lives of young people in education:

Dr. Babalakin has embarked on all these activities without drawing any allowance or stipend from any of these institutions. He fervently believes that the reform of educational system must be led by committed people who are willing to serve selflessly.

Dr. Wale Babalakin is very committed to a lot of philanthropic activities. When the office of the Public Defender in Lagos was gutted by fire, Dr. Babalakin realised the significant role this institution had to play in defending the rights of the masses and opted to rebuild and furnish it. He has over the years executed the following:

In recognition of his outstanding commitment to excellence in Law, Dr. Babalakin was, in 2002, made a Senior Advocate of Nigeria (SAN). He has also received many awards nationally and internationally, and in 2007 he was conferred with the national honour of the Officer of the Federal Republic of Nigeria, OFR. On 21 December 2013, during the 90th anniversary of the Ansar Ud Deen Society of Nigeria, Dr. Wale Babalakin, along with other dignitaries including the Lagos State governor, Babatunde Fashola (SAN), was awarded the Merit Award for his contribution to the society and humanity in general.

As a very successful businessman in Nigeria, Dr. Wale Babalakin is no stranger to controversies and long running legal battles. From unfounded tabloid reports about business deals gone sour, such as the revocation of the Lagos-Ibadan Expressway contract, to alleged financial impropriety and his properties being seized, he has always maintained his integrity and stood firm in the face of tough challenges. His involvement in influencing the travails of the former Nigerian Minister of Aviation due to his connection to the domestic airport in Lagos has been found to be baseless, among other allegations, which prompted US based Attorney and The Guardian columnist Abiodun Osofisan to write the article, In Defence of Truth And Justice, which was also recently published in many Nigerian newspapers.

Dr. Babalakin is married to Olugbolahan Babalakin, the daughter of the Honourable Mr. Justice and Mrs. Y.A.O. Jinadu, who is also a Lawyer by profession. They are blessed with children. 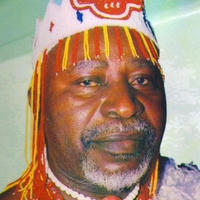 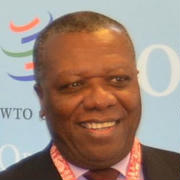